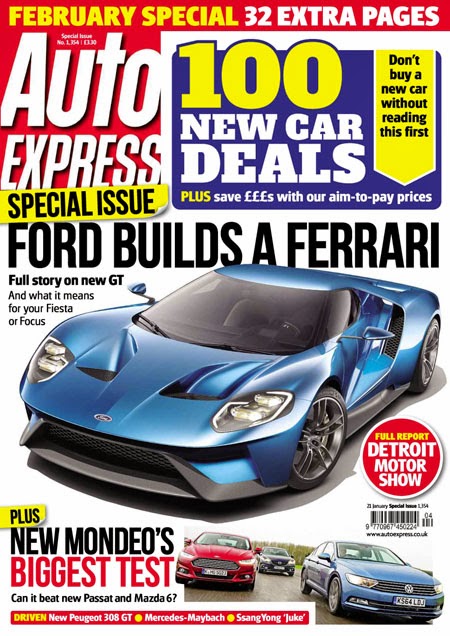 Inside this week's edition of Auto Express:
This week's issue of Auto Express is packed with the latest new car news, reviews and features!The Honda Civic Type R has finally been revealed after much anticipation, and it looks set to take the fight to the Ford Focus RS!We've got full details on the new Audi R8, and Nissan has revealed the Sway concept- hinting at the next Micra supermini.The Land Rover Discovery Sport takes on rivals from Hyundai and BMW, plus we've also been behind the wheel of the Mercedes-AMG C 63 and Tesla Model S P85D.

About The MagazineAuto Express is Britain's biggest selling motoring magazine. With a circulation of 50,010, the magazine is not only the number one in the weekly market (by over 38%), but it sells more magazines across the year than any other car magazine. In addition, with over 26,000 paid for weekly subscriptions, Auto Express has unmatched loyal readers, who appreciate sharp, informative and concise editorial.

View Details - How to Buy