Sellers Comments - Offered for sale is my Land Rover Series III. It has been a great companion this summer but sadly I do not have both the time to give it the attention it should have, or winter parking for it. I would much rather it be used by someone who can give it the time and appreciation it deserves. It is rather special as it features a full safari roof rack with safari vents underneath and a ladder to get up onto the top. It also has windows in the back, which means is gives great vision when driving, and if anyone wanted to put seats into the back it would give a better view to the passengers. I have also fitted a custom made cubby-box in between the front seats, which is very useful to keep bits and bobs that would normally roll around the dashboard! The middle seat in included in the sale however, just in case you prefer it with three seats in the front. Whilst I have owned it, I have fitted a new battery (with a 3 year guarantee), upgraded the headlights to halogen, fitted a new rear view mirror, a new windscreen washer motor. The Land Rover also benefits from a Fairey overdrive to give you a bit of a boost, and free wheeling hubs on the front axle. It has been oiled and greased every week by myself, with a full oil change every 6 months. The Land Rover also comes with a box of spares including seals and headlights, and a full folder of receipts and invoices. It is Tax exempt next year, which would save a great amount of money, and I insure it using Classic Car insurance which, even though I'm only 23, is a third of my 'modern' car insurance. It has MOT until March 2017 with NO advisories given on the previous inspection, and drives very well. I'm not going to claim it is the fastest thing in the world, but it gets you from A to B and you have an enormous amount of fun with it. 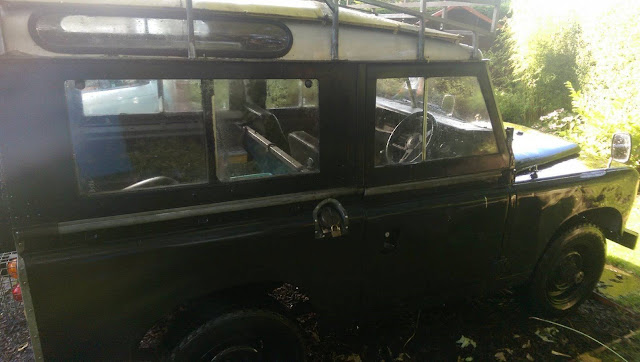 Posted by Defender LandRover at 19:14