Sellers Comments - This is my lovely old 1972 109. It requires a gearbox, as it expired last week after several months of trouble free use and I simply don't have the time or motivation or space to work on another one just at present. I've used this vehicle every day for several months and it's about what you'd expect for a Series 109, The mileage wont be correct (it never is on these) and it requires a couple of welds (as pictured), but there is no terminal corrosion, the chassis itself is pretty good and the 4 cylinder petrol is about the smoothest I've ever owned and I've had many series Landrovers. There are the usual dents and knocks and custom additions, here and there, but nothing really noticeable. I believe this vehicle was in an earlier life, originally a 6 cylinder petrol The gentleman who owned it previously had spent over several previous years, a great deal of money on it, ie new rear cross member, headlights, new fuel tank, brake cylinders and shoes, replacement engine, swivel pin housings etc and much much more, in fact I have all the bills and they add up to an awful lot! Due to the gearbox problem, i'd advice the buyer to have a trailer winch, as I can't guarantee it will pull itself up under its own power, it may, but could totally give up the ghost when it's half way up! the problem does sound rather terminal! I'm always totally honest when selling, as I myself would not wish to be sold anything with horrible surprises in store! so please, if you've any questions feel free to email me or phone me on 01946 693929. Please remember that this is basically a 1948 designed 44 year old ladder chassis truck, so subsequently drives like one, It's noisy, zero to 60 is via a calendar, it's rather uncomfortable and with the turning circle of the Exon Valsez, so if you're not used to them, you'll be in for a nasty shock! but after saying all that, I still love 'em! This vehicle is advertised elsewhere so I do reserve the right to end this auction at any time. Happy bidding and I hope you win! 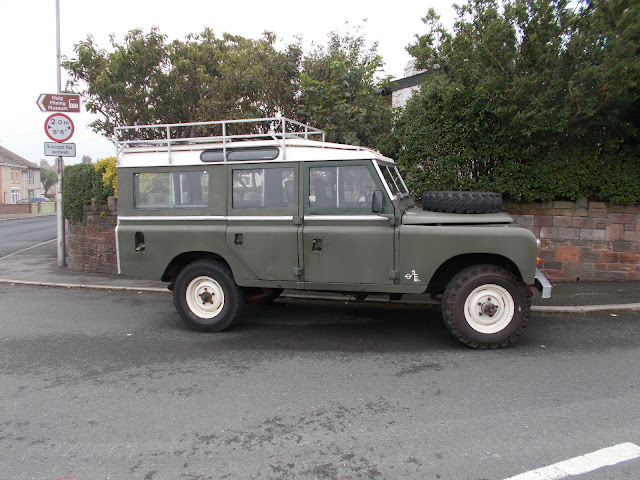 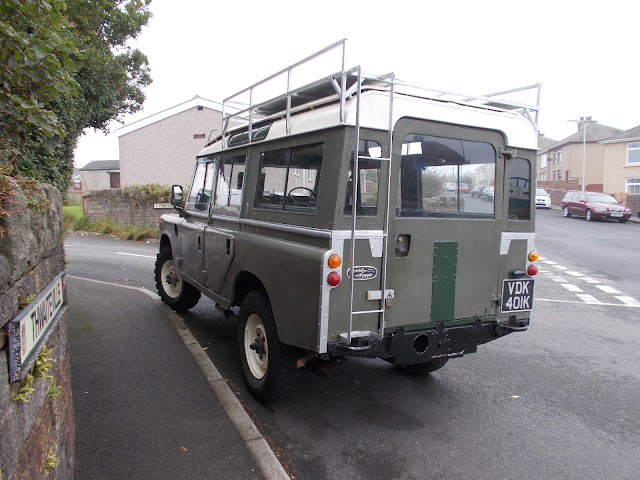 Posted by Defender LandRover at 15:29