Seller Comments - Alex’ is a 1968 series 2a Land Rover with the 109-inch chassis and the straight-six 2.6-litre petrol engine. He went straight from the Land Rover factory to R.J. Searle Ltd. in Sunbury on Thames to be fitted with a Carawagon interior and solid raising roof. The resulting vehicle looks very period and will sleep and cater for four people (two in the roof and two on the rear seats that fold down to make a double bed). The current owner purchased in 1998 from an elderly gentleman on the Isle of Wight who carried out a lot of work on the car to make it fit for expedition travel. So the original petrol tank has been replaced with a long-range military version, the electrical system was upgraded and an LPG system (untested) fitted. The seller used it for a few years as a second vehicle and self-contained holiday camper but was forced to lay it up in 2005 due a change in job that meant he needed a more sensible car. (Although we struggle to think of any car that is more sensible than a Land Rover with a bed in it, even our enthusiasm allows us to acknowledge that this is not, perhaps, an ideal car in which to commute…) If you subscribe to the theory that old Land Rovers look best when they’re battled scarred and well patinated then you’ll agree that Alex is an absolute beauty! The bulkhead and rear chassis has been the subject of some work previously but no enthusiast would approach this car with anything other than a full restoration in mind. He or she might strike lucky and get away with only mild fettling but a chassis-up refurbishment would probably be the most cost-effective (and fun!) way to get Alex back on the road. The front door tops have started to rot, and the bulkhead is starting to rust at the bottom. The bonnet-mounted spare wheel is to hand. Having said that, there is no evidence that Alex has ever been seriously off-roaded, so he has avoided the sort of conditions that have led to the early death of so many Land Rovers. 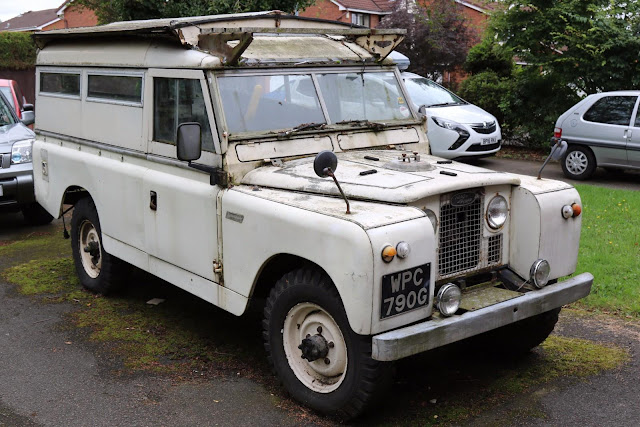 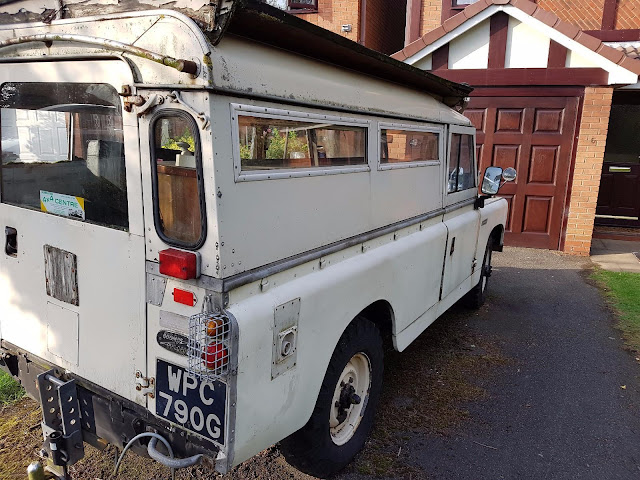 Posted by Defender LandRover at 15:33