Sellers Comments Here we have my 1955 Series 1 Land Rover 107" MOT expiry shown, but it is MOT Exempt! I bought the vehicle 3 years ago, as a pastime for my imminent retirement. Retired last year, but now back at work! Enough of that, so here's a description: 1955 Land Rover 107" truck RAF Blue Should have a petrol engine, but a previous owner installed a 2.5 litre turbo diesel The engine is what I believe is called a 19j. Early Disco? I am told that the reg. no. is "age related", the original transferred to another vehicle I have evidence that the original number was OWW 705 I have no idea of the mileage, as the odometer does not work Chassis is sound, and possibly a replacement for the original, but I am no expert The only instrument that works is the speedo Full tilt by Exmoor Trim, in contrasting blue Sticks are not a genuine set, but are perfectly useable I believe that the bloke I bought the vehicle from mixed the sticks with his 80" Series 1 Seats are in very good order, and obviously a replacement for the originals When I bought it, there were 12 seats, 3 up front and 9 in the tub (see photos) I have only used it as a truck, so the 9 in the tub were removed, but are included Tyres are in very good order (see photos) Last three photos were from the bloke who sold me the vehicle These show the possible seating configuration, engine and underside The V5 states "Date of first registration" as 01.10.1998 At section 8 it states "Decl/d manuf 1955" I translate this as "declared manufactured 1955" The VIN plate is present, though not attached to the Land Rover, giving the manufacturer's serial number 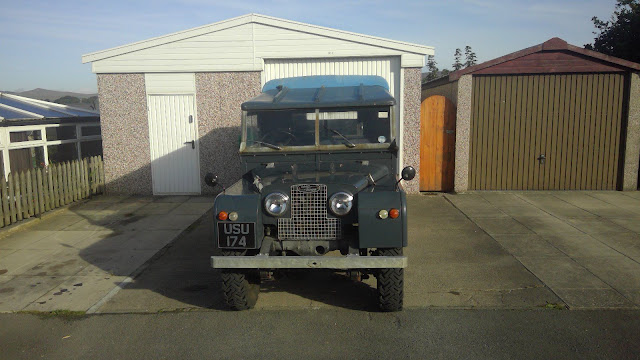 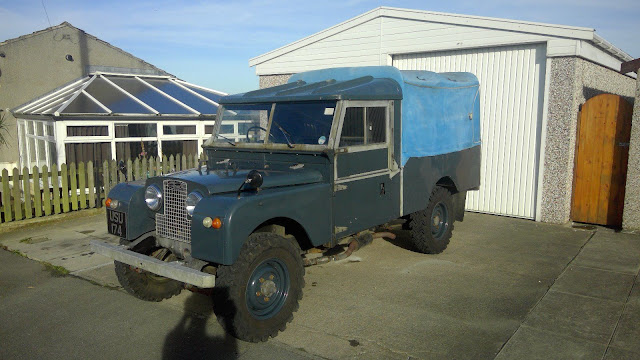 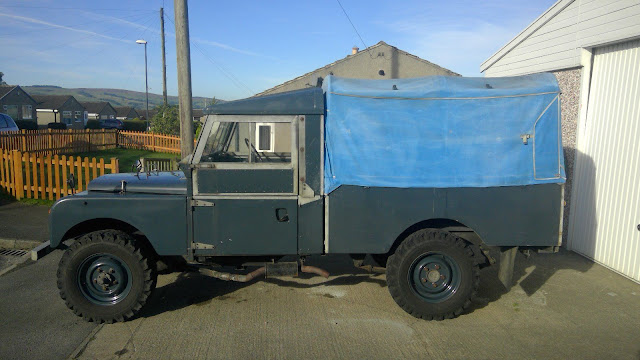 
Posted by Defender LandRover at 19:20