Sellers Comments - Land Rover series 3 109 2.2 petrol pickup ex mod 1979, registered 2000 when it was released from the mod, mot until September 2017. He has an excellent chassis but the body has some dents here and there. He's recentlyhad new door tops fitted and comes with a lpg tank in the back but would need recommissioning before use. only selling as a project as it has developed an electrical problem after replacing the indicator stork with a second hand one the brake light bulbs blow after about 30 minutes, I'll have another look and try and sort it before end of auction but if I can not fix the problem it will be sold with the fault. there is also an oil leak, looks like its at the back of the engine but still fine to drive. I am still using it daily just needs some tlc and you can drive it away. Pick up only Thanks for looking. 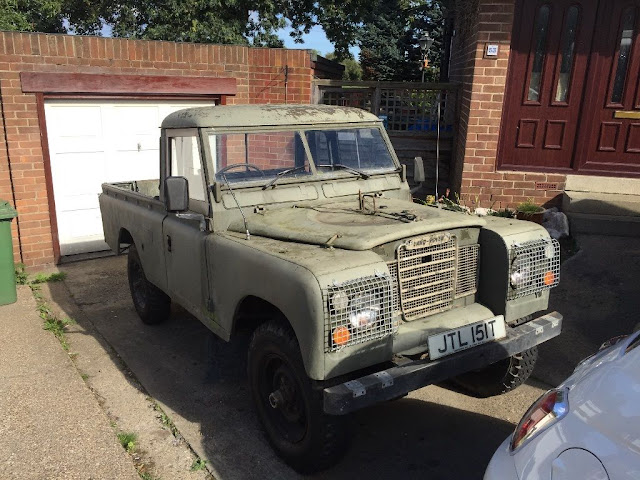 Posted by Defender LandRover at 19:55