.
This is a 1957 Land Rover series 1 diesel 88inch. Chassis number 116700286 engine number 14601118. Green.  It is thought to be one of only 200 series 1 land rovers with the original 2 litre diesel still fitted as many were converted to petrol. Purchased by me in 2014 in a barn find condition the Land Rover has been extensively renovated with the aim to keep it as original as possible. Noteworthy works carried out have included removing the body and repairing the chassis where required, followed by repairing the bulkhead where corroded. The engine has been rebuilt with new piston rings and big end bearings and has a new water pump. Both the Dynamo and starter motor have been reconditioned. The clutch renewed and all brake cylinders shoes and pipes replaced. The exhaust system is all new and the wheels were shot lasted before painting. It has two new batteries fitted. It has five brand new tyres and the interior has been renewed with exmoor trim seats to the original design and colour. The vehicle has a V5C, a heritage certificate and receipts for work undertaken.

Those people who know land rovers know that there are always things to do on them to improve them further. I'm selling it due to a change in job but if I was keeping it I would renew the wiring, fit an internal heater and replace the door rubbers. I would probably also replace the injectors as it does smoke a bit. These diesels always did but I suspect they are the originals and are probably due for a change. They are easy to source and fairly cheap to get off eBay. 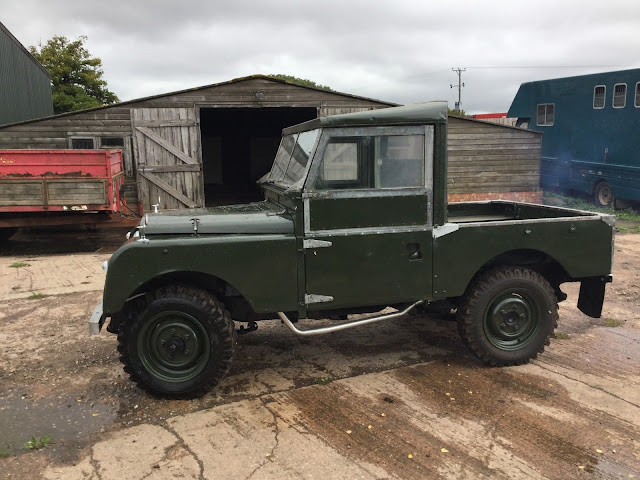 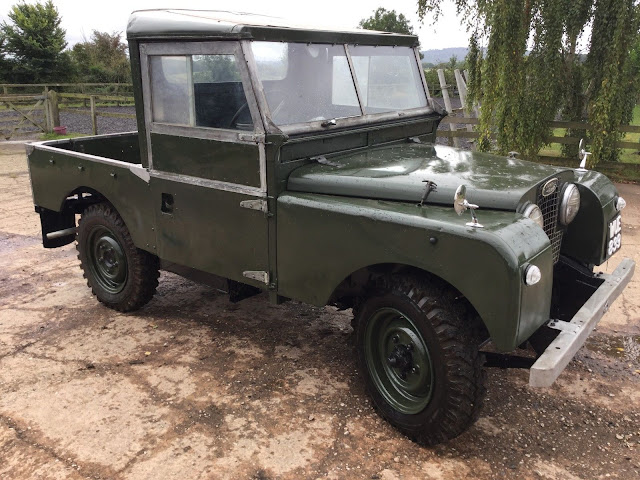 Posted by Defender LandRover at 20:06