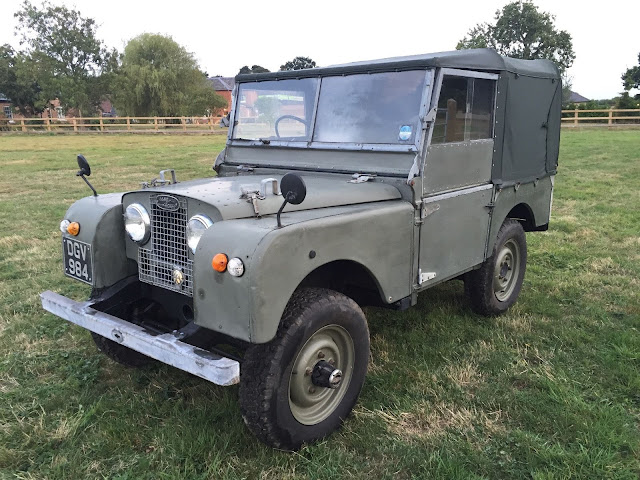 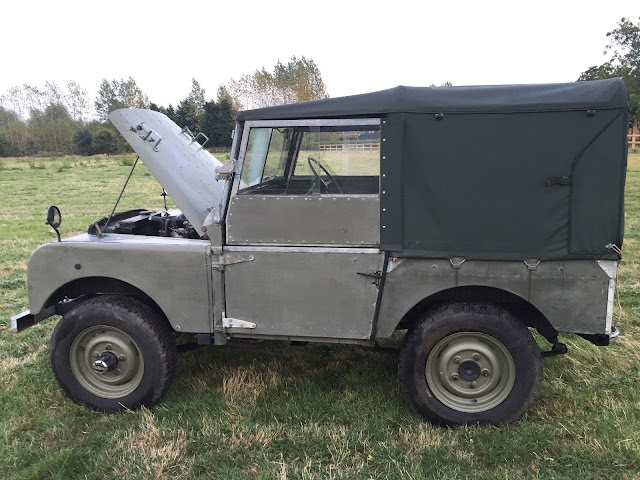 Sellers Comments - For sale here is a charming little 80" Series 1. She is tax and MOT exempt, starts on the button and drives as a series 1 should. This is a very early and unmolested example that has many original parts and comes with a fair amount of history. The early type bulkhead and instrument binnacle are of particular note. The first date of manufacture was 1951 and it is believed that she was sent from the factory directly to the civil defence and served there until 1979. The car shows evedence of having been refurbished before release as was the norm in those days. She appears to have had a replacement engine fitted by the civil defence and the mileage reset on release as the first date of registration is 1979 with a build date of 1951, and the current indicated mileage of 47200 is substantiated by the numerous MOT certificates that come with the vehicle. Previous owners have included a long term Series 1 club member and the vehicle recently spent time on display at the museum of flight in Newquay, Cornwall. Having owned and restored several later Land Rovers I decided to purchase her last year with a view to preserving and restoring her. This is the first series 1 that I have owned and unfortunately due to my height, I am unable to drive her comfortably so I've decided to let her go. In summary, this is an honest tidy and original, usable early series 1 with many hard to find parts. She is in very good condition and with a little fettling would make a fantastic basis for an A1 car. Please message for any further details or to arrange a viewing.

Posted by Defender LandRover at 20:41