Wonderful and very rare genuine Series IIA 109 Station Wagon. First registered  05/04/1966.
Will be sold with fresh MOT, ready to drive!
She drives very well, far better than my SWB Series IIA.
The chassis and bulkhead are original and serviceable. She passed her last MOT without advisories and I will put a fresh MOT on her prior to sale.
The odometer reads 41823, but that rarely means much when it comes to old Land Rovers.
The interior retains the hard to find Station Wagon “luxuries” such as door cards, headlining, roof vents, fold-away second row seats and padded bench seats in the boot. She seats 12. The front row seats are fitted with seatbelts which appear to be original.
The Land Rover retains a high degree of originality. There are some special features such as a dash mounted hand throttle (presumably for operating the PTO take-off). Some alterations have been made over the years:


I bought this Land Rover in October 2016 and have since realised I don’t have time to enjoy her. My short ownership is not a reflection on the car in any way. This is an honest and very rare 109 Station Wagon in driving condition that can be used as-is or as a worthy candidate of a rolling restoration. She had been in the ownership of the chap I bought her from for 35 years. He shed a tear when I drove her away! He had just been deprived of his drivers license due to old age but had been using the Land Rover as a weekend driver right up until that point. The most recent MOT certificate shows that the car was driven a couple of hundred miles a year – regular but minimal usage. When I bought her in October I drove her home to Oxfordshire from Leicestershire without a hitch. I didn’t get round to insuring her and since then have just driven her up and down a private lane every other week to keep the seals lubricated and blow away the cobwebs.
The car comes with a large file of old MOT certificates and invoices dating back to the early ’80s and possibly beyond – I haven’t had time to go through them all. She appears to have been maintained lovingly, with money spent regularly. During my brief ownership I fitter new sparkplugs, distributor cap and rotor arm. She fires up first time and runs smoothly.
Being a genuine 12 Seater Station Wagon this car is classed by DVLA as a minibus and I am told exempt from the London Congestion Charge. She is obviously fully exempt from Road Tax. Comprehensive classic car insurance costs me £130 a year for my SWB and would be similar for this car. Parts availability is among the best of any classic and these are inexpensive cars to maintain.
This Land Rover was originally registered in April 1966 with the license plate GUT967D, but the previous owner had her transferred to a private plate. Before selling her to me she was reregistered with DVLA on an age appropriate plate OGU703D.
Any inspection welcome.
Hugo 07908 250638
Please note, the Land Rover is advertised elsewhere so I reserve the right to remove this listing early. 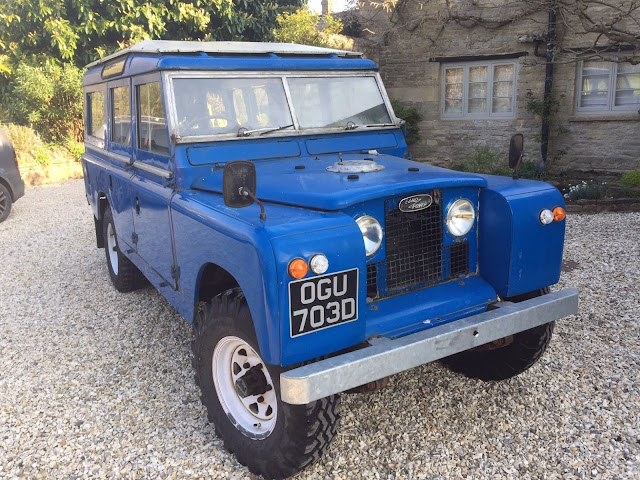 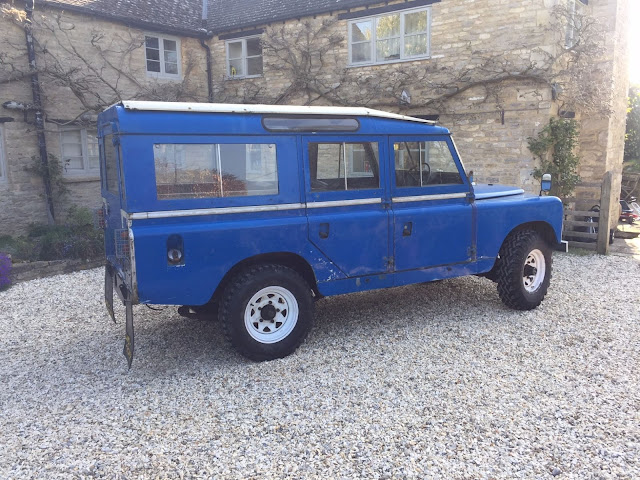 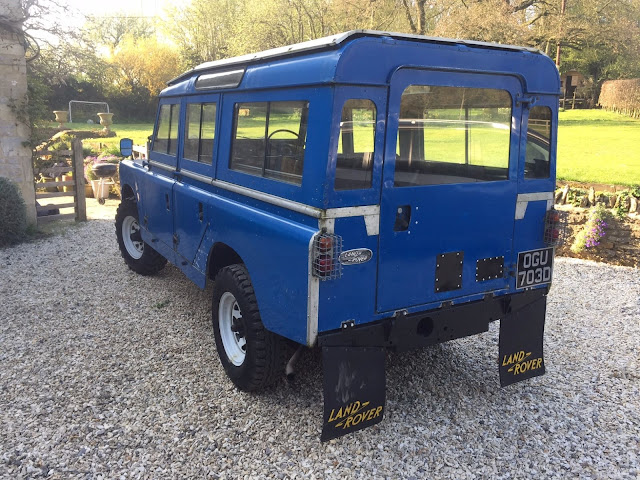 Posted by Defender LandRover at 20:03