1974 Land Rover Lightweight Series 3
7 months MOT left
New passenger foot well recently welded in
New doors (top and bottom) fitted 3 years ago
New Exhaust fitted 2 years ago
2.25 Petrol engine
It has a Series 2a gearbox for some reason
Range Rover Diffs fitted
I was told when I bought it, that the drivers side petrol tank has a slight leak, but I have never tried it out to confirm
Vent panel could do with a recon, but is acceptable
Range Rover front seats (Driver and Passenger fitted, centre seat also available but not fitted atm)
Comes with both a tilt and hard top (though I have never attempted to fit the hard top)
Cat flap and full rear door available to go with the hard top
Two spare wings also available

I've owned it for about 4 years and it has been regularly serviced while in my ownership. I just spent about a grand to get it through it's last MOT including the footwell. It should be Tax free, but currently it is registered from when it left service, so that will need sorting with the DVLA to get free tax... I have a letter from Land Rover as proof of age.

The two front tires currently do not have inner tubes in them as the guy who fiited them insisted they weren't needed. They stay up for about 2 weeks. I have two new inner tubes that just need fitting. It could probably do with the drivers side foot well replacing at some point, and it could do with a lick of paint, though I always liked the 'well used' look :-) I think I have a 5l tin of Nato Green in the shed that I'll throw in... not literally :-) 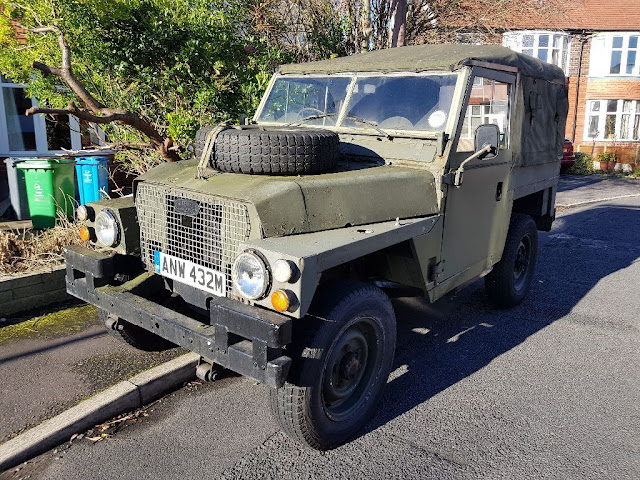 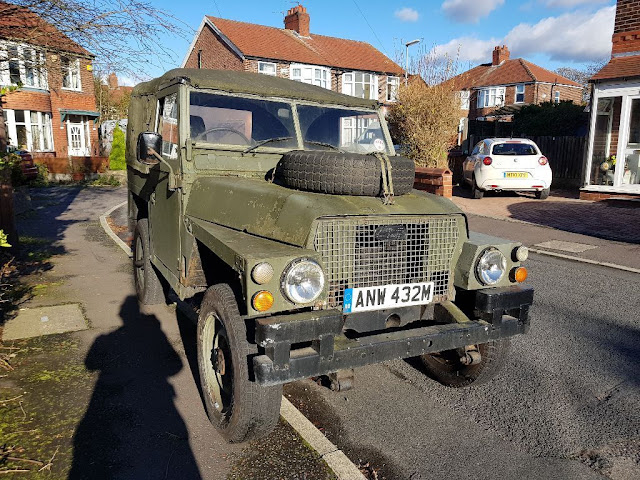 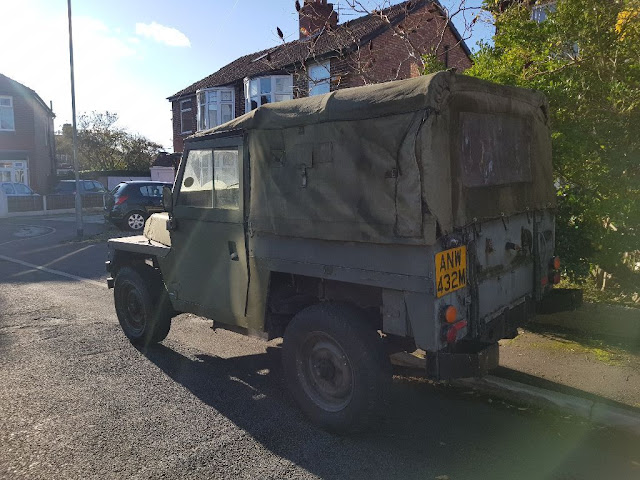 Posted by Defender LandRover at 16:50