Sellers Comments - This is my GENUINE ex R.A.F Land Rover 90 with documented low mileage. Stationed on the FALKLAND ISLANDS as the R.A.Fs surveillance vehicle in the early 1990s.

So straight, so clean, a pleasure to drive with such low mileage.

113,042 kilometres from new, so this is only 70,240 miles FROM NEW.
Bulkhead, chassis, door hinges, footwells in good condition.

Really straight body, completely dent free.
As new canvass top.
Full military spec hoops and over doors set.
As new (less than 100 miles, still have the rubber pimples on ), GOODYEAR WRANGLER LT235/85 R16s fitted x5...yes even the spare mounted on the bonnet is new.
All wheels, again x5 ,were shotblasted, primed and professionally painted both sides in correct grey.

HISTORY FILE...
ALL mot certificates from 1997 until present day.
Current mot until July 16th 2018 and passed with no advisories.
Old tax discs from 2009 to 2014.
An official letter from BATTLESBURY BARRACKS in Warminster confirming this Land arover spent time in the Falklands with the R.A.F.
It's R.A.F reg was 58 KJ 39.
Land Rover release documents from the Ministry of Defence. 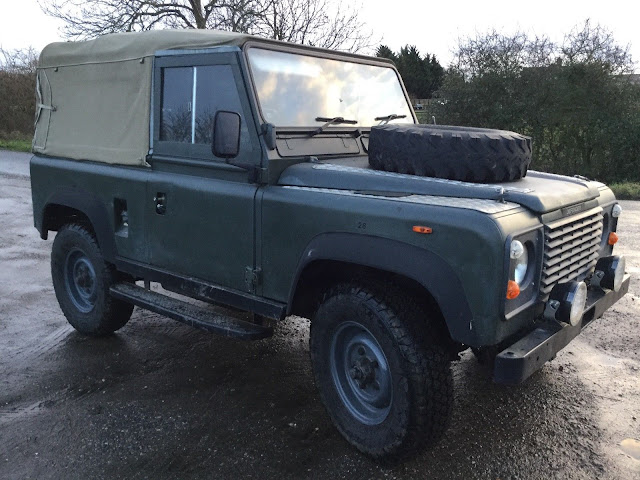 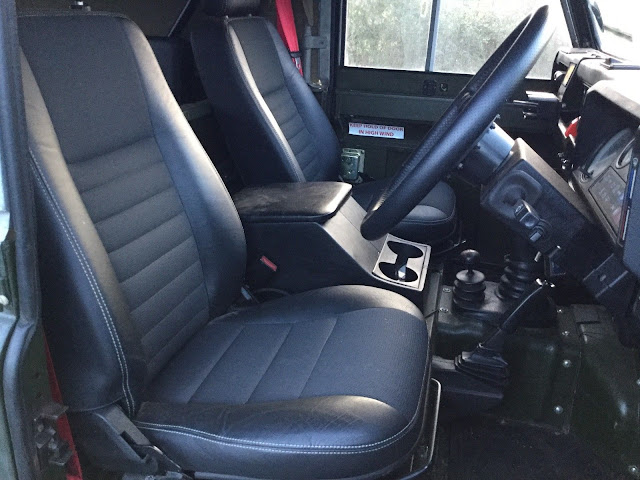 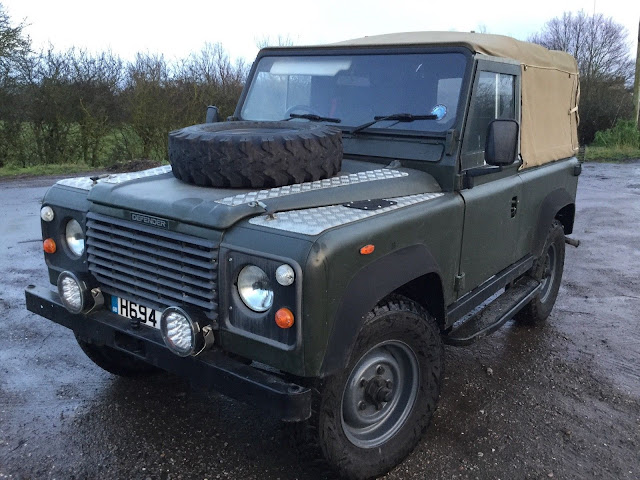 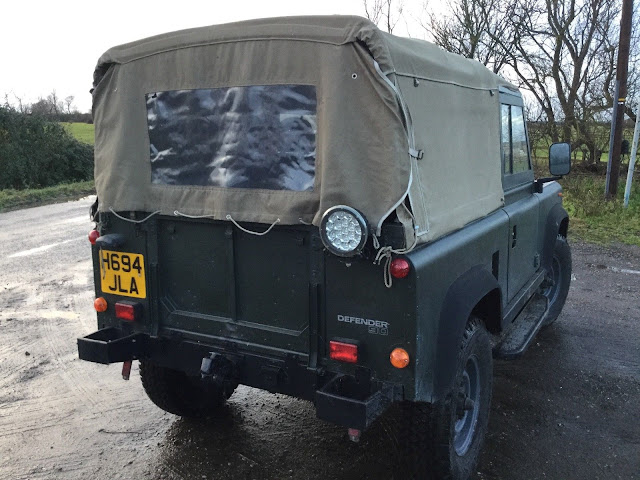 Posted by Defender LandRover at 18:46