Sellers Comments - FOR SALE! LAND ROVER SERIES 2A 1965 - TAX EXEMPT 2.5NA DIESEL Starts runs and drives The Good Bits - -This Landy has already been fitted with a Richards Galvanised Chassis -New Galvanised Front Panel -Repaired and Galvanised Bulkhead -Parabolic springs & shocks -Supplied with New Fuel Tank -Repaired & solid bonnet -Good solid door bottoms -Exmoor trim high back Chairs -Very good original panels. -Range rover rear Diffs This landy was in everyday use until march 2016 when the MOT ran out. At this point it started to kick out of second gear when over running down a very steep hill. At this piont the then owner decided to dry store it until he could get it repaired. I purchased the Landy in febuary. Once i got it home and realised it drove as it should (Less the gearbox) and found it was on a full galvanised Skeleton i too put it into a barn as with the straight panel work, gearbox and lick of paint it would be very special. Unfortunately in the last 6 months i have not even found the time to look at it let alone start to work on it due to an expanding family its time to move house and i have now lost my storage. It still starts on the button and drives as it should but its time to let it go. There is no roof with this landy as the previous owner kept it permanently in the garage and only used it on nice days, I can supply a roof, sides and back door at additional cost but personally like to see these old girls with a rag top. Prior to advertising i put it into a local garage to see if it would go through an M'O'T to help it sell but i have been advised -The swivels leak and have excessive play -Several bulbs not working (typical landy) -Play in the bushes for the rear springs -No wipers (motors were not wired in where the screen had been taken off and put back on. Due to it being stored for a while i think it would benifit from a good service too, but like i said does start and drive. V5 Present and in my name. Based in Gillingham Dorset No offers by text phone call preferred. Can be delivered nationwide subject to cleared funds. cash on collection or by transfer prior to delivery Patrick - 07740 242867 On 26-Jul-17 at 22:09:19 BST, seller added the following information: The reconditioned Gearbox is a series 3 suffix D syncro box brought from Simmonities. Its 3 months old and is still under warranty. it cost me £750 and an exchange unit and i have the invoice too, 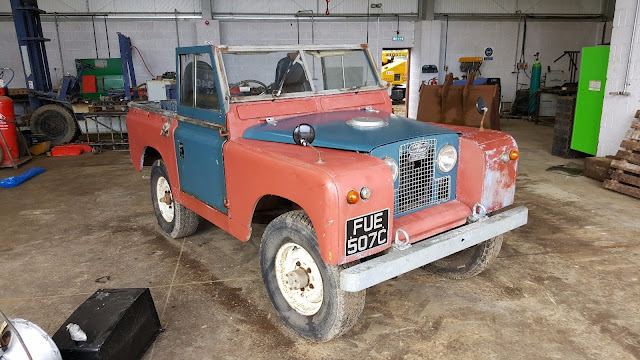 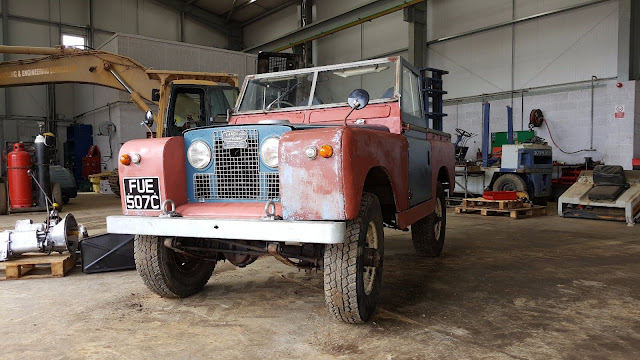 Posted by Defender LandRover at 23:16