this is one of a batch of only 25 Defender 90s built for the Ministry Of Defence and handed over to Ricardo Consulting Engineers for modification as ‘air-dropped transport’ – few are thought to survive.
The idea was that two vehicles could be stacked together – one at 45° to the other – on a special pallet and dropped out of a Hercules transport plane (with parachutes attached, of course). The back corners of the rear wings were modified to be demountable,  allowing the wheels of one  to rest on the rear wheelboxes  of the other and so take up less space. These vehicles became known as 'stackables' or 'piggyback 90's'.
Used initially by 5 Airborne Brigade, eight of these vehicles found their way to the 2nd Battalion Parachute Regiment (including this one) where they underwent further modification by the elite Pathfinder Platoon, to LRPV (long range patrol vehicle) standard. These were intended for a ‘more active’ military role and acquired various upgrades including storage baskets, ammo lockers, gun mounts, commander’s seat, Superwinch heavy duty winch and Southdown under-body protection. 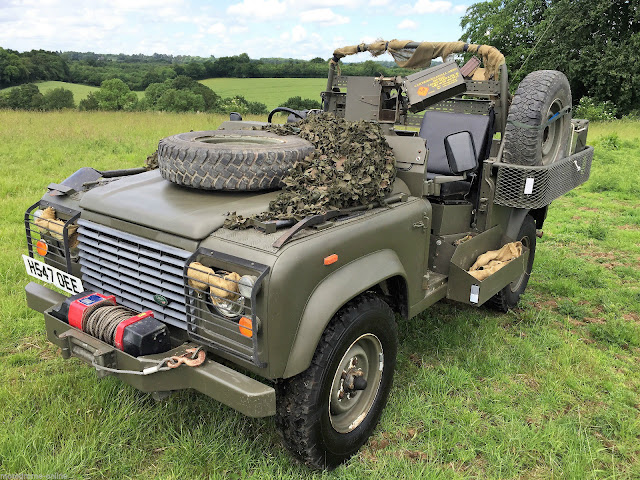 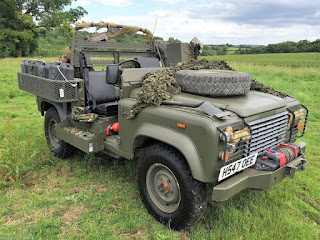 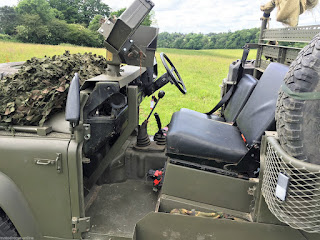 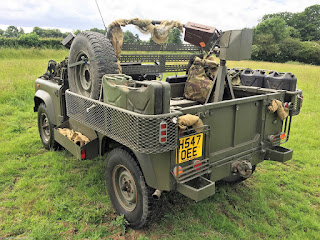 Posted by Defender LandRover at 17:48