1956 Series 1 109”
I have owned this Series 1 for almost 5 years and used to use it regularly, however as I now often work away it has been used less and less. Stood now for some time so I have decided to sell it to someone who will care for it and use it. Previously from the Scottish Highlands where it's owner had kept it for 20 years before coming to me (via previous owner who only kept it a month as he found it heavier to drive than expected)
Overall it is in fairly good and pretty much original condition. The body is straight with no damage of note and has had some painting over the years. There have been repairs on the chassis/hangers as would be expected of one this age. It starts first time but could do with a tune up to idle smoothly, the battery and leads have recently been replaced.
The petrol pump was replaced at some time in the past with a non-standard unit located down by the tank which had since failed. I have replaced that (again non-standard) to make sure it all runs. I still have the original glass sedimenter bowl so a future owner can refit an original type pump if wished.
Brakes and steering checked over and electrics (such as there are) are working. As it has been stood, the brakes do rub and need bedding in again.
Cab is the “luxury” one with a bench seat back, roof and door linings – “luxury” is a relative word although the seats are surprisingly comfortable on the move. Original heater fitted and working. Has original starting handle and an original type screw jack and handles.
The bulkhead has some rusting around the vent level.
Has four good tyres with plenty of tread fitted plus a spare that is usable.
Canvas is not the correct one, belongs to a later 109”. It was fitted when I got the Land Rover and I retained it to keep the rear tub dry. I did consider getting it altered to fit or buying a new one but that is for the new owner now – sticks are in good condition.

Happy to try and answer any questions, contact me to arrange to view. 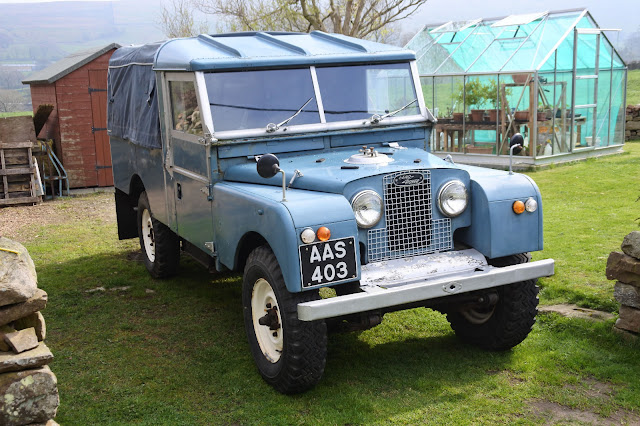 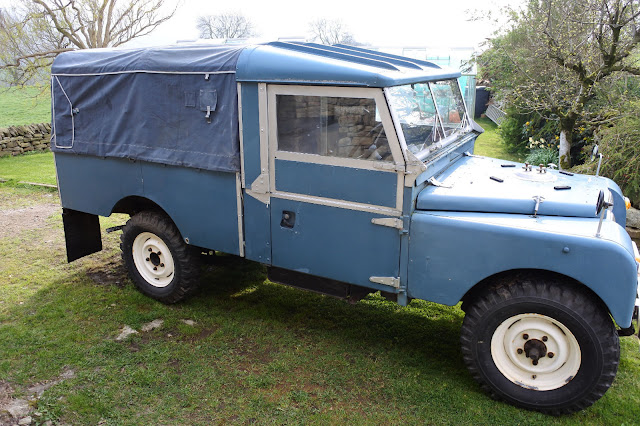 Posted by Defender LandRover at 17:22