Sellers Comments For sale is my 2008 '58 Defender 130 DCPU. It was originally a Cairns Blue model which SSE Hydro owned having painted the upper half in lime green. See photo for an example of it's original paint scheme with SSE. It was sprayed back to Cairns Blue prior to purchase although it was not a perfect paint job as you can still see little bits of green paint here and there. The vehicle was specified with a heavy duty chassis and a superwinch which is still in good working order, complete with internal seat box isolator and external emergency stop . It also has an Eberspacher D2 diesel powered auxiliary heater which is an absolute godsend in the winter. This can be piped into the rear tub also, to warm the work area or dry kit in the back whilst working. The rear tub was built especially for the SSE contract by a coach builder and consists of the original rear tub, with a hand built heavy duty GRP canopy. It has twin locking barn doors, vehicle racking and a hand wash. There is some wiring to the rear tub area but this could do with being replaced and tidied up. Amber LED strobing lightheads are fitted front and rear. New trucklite LED headlights are also fitted and make a huge difference. The rear bench seat has been removed as I used that area for carrying equipment, but the seats are still here and can be refitted prior to sale. Both front wings have a few small dents on them. They're not awful, but if I was continuing with the project, I'd have replaced them. See the image of the red defender, for an example of what this could look like with a little bit of work. I have the service printout from SSE showing all the servicing. Whilst I've owned it, I've serviced it regularly. Last service included all fluids, including boff diff oils, brake fluid, coolant, engine oil, gearbox oil. Recent work includes: Both CV joints All four wheel bearings Four brake discs and pads Rear shock absorbers replaced with Koni heavy duty versions. New suspension bushes The vehicle is available with either the black wolf wheels shown, with G90 tyres, or with modular steel wheels and BFG Mud Terrain tyres, which are a bit more worn, but wider than the G90's. Theyre shown fitted in one of the images As I was planning on creating an overland vehicle before my change of plans, I have replaced the front widescreen with a brand new Pilkington heated version. It is not yet wired in although this is a simple job requiring a timer relay and a switch. I have also replaced the old dark grey vinyl trim on the front seats with brand new genuine Land Rover trim in Mondus pattern. See the photo for an example of the front seat trim. (THE PHOTO SHOWING FRONT SEATS IS A LIBRARY IMAGE- NOT HIS ACTUAL VEHICLE) New seat foams are fitted along with heater elements. Again, these are not yet wired up, but on the list of jobs to do! The dash is pretty grubby and could either do with a good clean and scrub, or replacement. I have a complete replacement dash which I will include in the sale. The flooring and seat box cover have been replaced with brand new genuine LR ones as they had seen better days. I also have available a complete defender SVX front end for this vehicle if you're planning to go down the full rebuild route. Available at extra cost. The vehicle is an awesome daily work horse. With a little bit of work it could be converted into an amazing expedition / overland vehicle. My plan was to cut through the rear of the cab and join the cab to the tub, creating a big estate shape, long enough to sleep in. I was going to put a pair of tdci flip-up rear seats in the middle row making it a four seater which could be slept in with the seats folded up and out. Unfortunately a new job with a 600mi commute wont allow me to keep this vehicle or to have the time to work on it! Approx 122k miles but this will increase as the vehicle is in daily use. 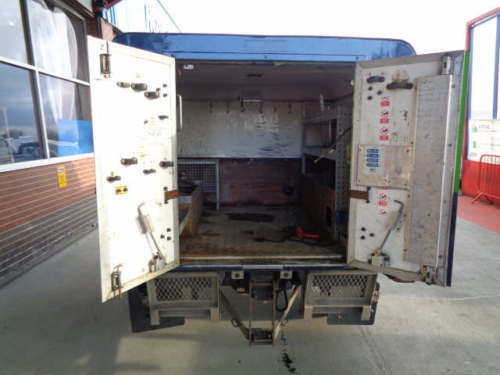 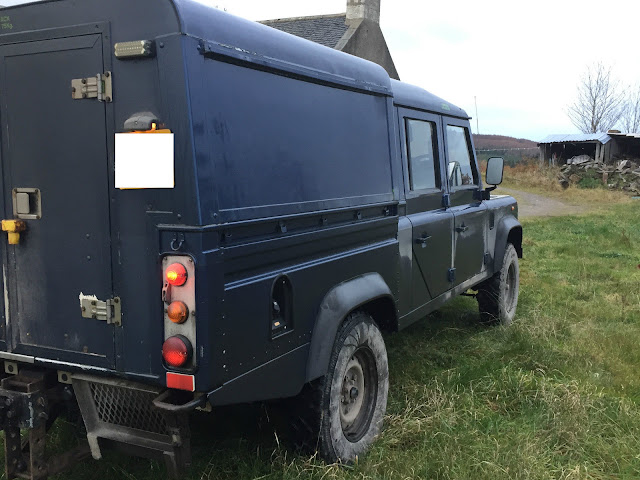 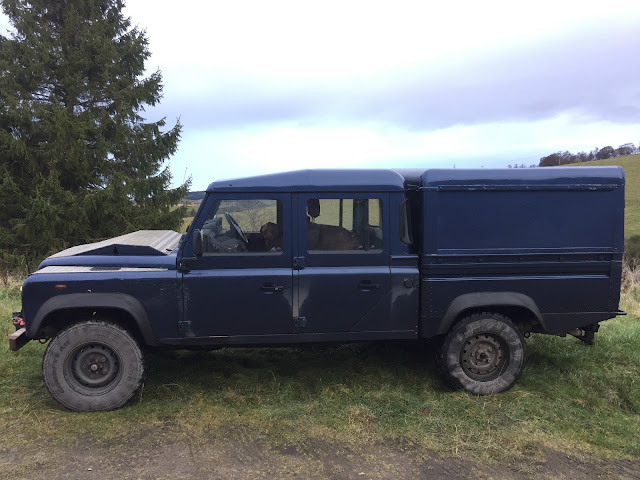 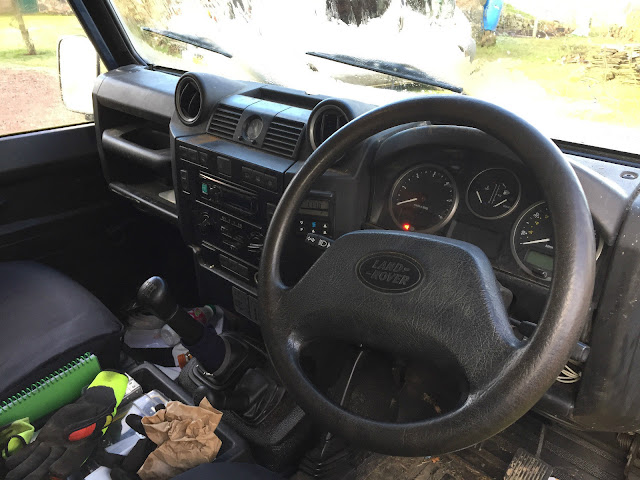 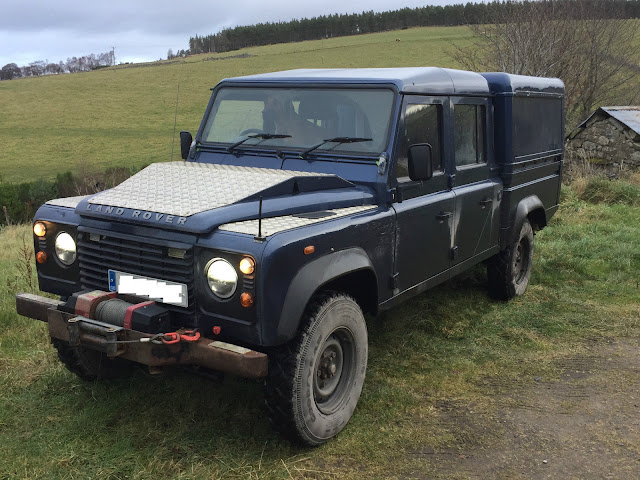 Posted by Defender LandRover at 19:26