Sellers Comments - Huge amount spent bringing this up to date. First up needs a new paint job but fundamentally sorted. In last few years have done the following: new headlining, new braking system, stops brilliantly, new standard suspension, removed 2” lift and drives much smoother, removed tree sliders but available separately if required, new windscreen and rubber, new windscreen aluminium brackets, new led Wipac lights all round, new head unit with reverse camera, stainless bolts on vents, repainted and rust treated roof rack with all new bolts, removed window guards, also available separately, new rear ladder, new led dash lights in green. Comes on original wheels with spare and rear door carrying bracket included but removed for an easy life and extra fuel economy lol. Winch works but I’ve never had the chance to use it unfortunately. Has been chipped, goes fabulously and has a straight through mid-pipe so sounds fantastic too. I was doing this up on a rolling resto basis but purchase of the other grail 90 on my list (50th v8) forces me to get rid of the Tomb Raider. , Main areas for finishing are paint, you can see I have removed the gunk where the roof rack support was bubbling the paint on the ally wings in preparation. Also gearbox or transfer box has a whine when off acceleration. Not bothered me enough to replace as I would probably do it at the same time as a chassis swap in 5 to 10 years. Chassis itself is all fine but obviously original so will need replacing eventually. Front doors have creases where previous owner must have enjoyed it off road but again, not bothered me as I like to enjoy the special vehicle without worrying about it too much. Rear door bottom does have corrosion and a crack from carrying the heavy wheel which is common and easy to replace. Also note the really coveted tyres that were limited to the forestry commission and are probably worth over 1k on their own. In summary a great start point for a long term keeper that can be used every day as I have. Serviced at local garage since my ownership. Grey, £21,000 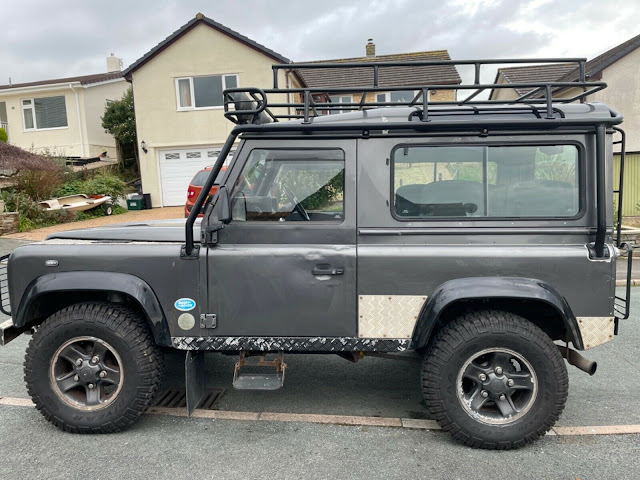 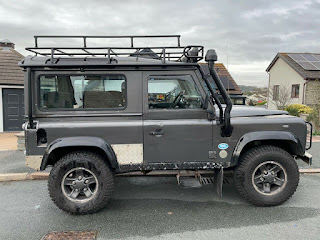 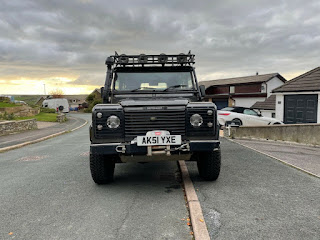 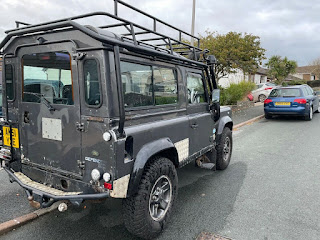