Sellers Comments -
The collectable Defender 90 is a British icon. A real drivers car. Betsy (as we lovingly call her) has been with us for 2 years. She was recently given a health check by a landrover expert who said "she doesnt need a thing" - Previous owners had put in heated seats (need connecting) Ive not bothered as she gets very warm with the original heater. She was resprayed from green to white. Roll bar on the front, 300TDI engin.(not the norm) She is specified like the NAS addition.  The Mileage shows 192k but its MUCH lower with the new engin. I drive her everyday on the school run over a hill and through a field. Never once has she not started or caused alarm. I have only had to put a new fan belt on and was fully serviced by Tim Fry Landrover a year ago. During the snow fall, i got everywhere in her - nothing stopped us taking the dogs out. The undercarriage is now rust free. Also treated with Lofrix (this stops metal wearing and fills the seals. Cost £400. Everything old has been either replaced or welded. She passed her MOT only a couple of months ago. There are new Landrover alloys 21inch. Tyres will last many many years - new when i got them. (also comes with a 4 tyre spare set and original white rims) This is a rare automatic with a discovery autobox. VERY SMOOTH gear changes. New battery. starts every time. Had an electric glow heater put in. momo steering wheel. HELA lamps all working. Bench put in 2 years ago by Landrover Cheltenham (i have the receipt) EU reg seatbelts. New landrover turbo installed about 3 years ago. She purrs on the motorway - you can do 70mph all day long.  No oil leaks (which is rare)Selling as im relocating and no where to put her. Loads of work previously done (with some receipts). This is priced to sell. Good luck. 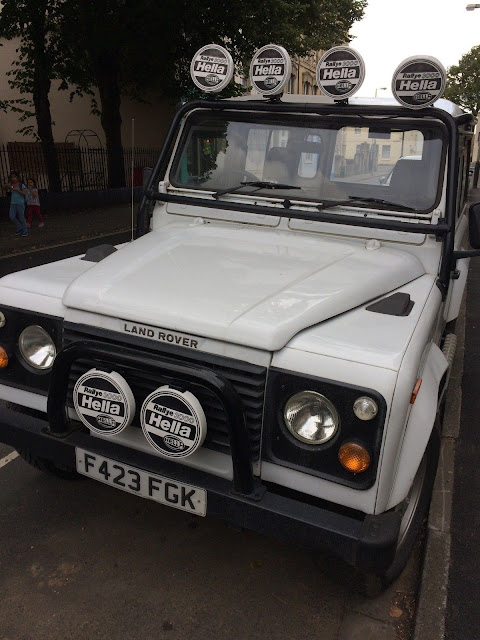 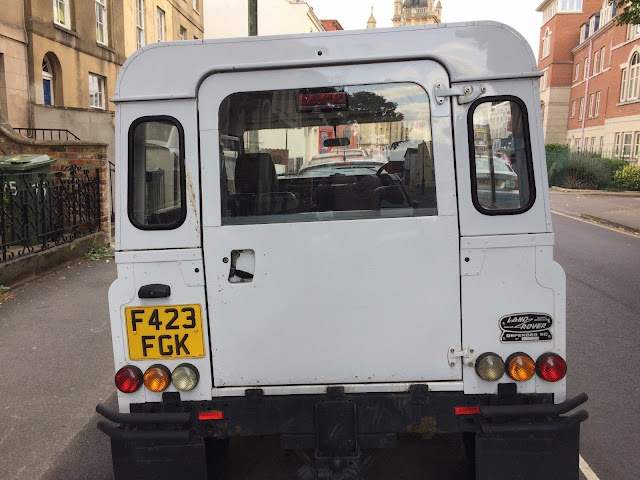 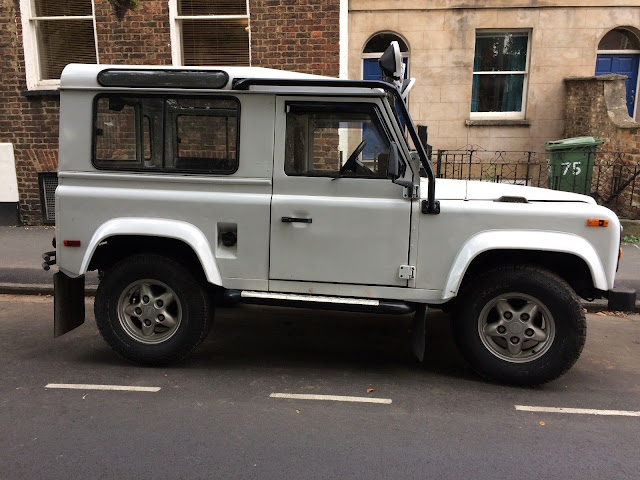 Posted by Defender LandRover at 20:13