Land Rover defender 90 300tdi first registered in August 1997 making it one of the very last of the best defenders ever made the 300tdi! before the more complicated td5 begun shortly after.
I’ve owned the Landrover for the last two years and have enjoyed every minute of it but now sadly it’s time to part ways as I need the money for a deposit on a house. It took me ages to find a one in such good condition that hadn’t been abused or been on a farm all its life. It was originally metallic green but I had it painted in the colours of the autobiography final edition.
The pictures speak for themselves really as you can see the body is in perfect condition as is underneath.
Recent works that have been carried out are as follows.

Central locking.
New galvanised rear cross member with extensions.
Re conditioned cylinder head
New head gasket
New glow plugs
New rocker cover gasket
New terrafirma suspension all round.
Galvanised turret tops with galvanised fixing plates.
New universal joints all round.
New front bumper with end caps.
New galvanised steering guard
Diff guards front and rear.
Fully serviced with all the oils and filters changed including diff and gearbox oil.
Chassis completely stripped back and painted with red oxide then chassis black paint.
New light surrounds and grill.
The list just goes on you get the idea I’ve most likely missed lots of bits off.
Also has a lot of extras fitted as you can see.
Boost alloys with BF Goodrich tyres the spare is a brand new BF
30mm wheels spacers
Leather electric seats.
Rdx led lights all round
Side bars
Rbx bonnet
Rbx wing top vents
Custom wooden dashboard
Jbl speakers front and back really good sound system with I pod/mobile connection
Turbo boost gauge
Twin USB charger connection
Four genuine Landrover fold down seats with the correct seatbelt supporting brackets.
Full black custom headlining
Metal lockable centre cubby box.
Gearstick surround cup holders
Chrome interior door handles and gear knobs.
3mm Black Checker plate wing tops and sill guards
Quick release steering wheel
Sunroof
New rear mud flaps and brackets
DAB radio CD player
Landrover emblem door card surround
Land Rover emblem rear bulkhead carpets.
Again I’ve probably missed something there’s just too much to list!
The chassis, bulkhead and doors are in absolutely perfect condition on this Landrover as I said took me ages to find as I didn’t want something that I would need to spend a heap of money on every year for it’s mot. I only had the rear cross member fitted as it was the only rusty part on the chassis and it just spoiled it. It has central locking and an alarm fitted which is an absolute gift the only one I looked at that did actually. The heater blowers are excellent. Everything works as it should on the Landrover and has plenty of power and runs smoothly, gearbox and clutch also perfect.
It is mot’ed until July 2018
Mileage is 156000
More Information 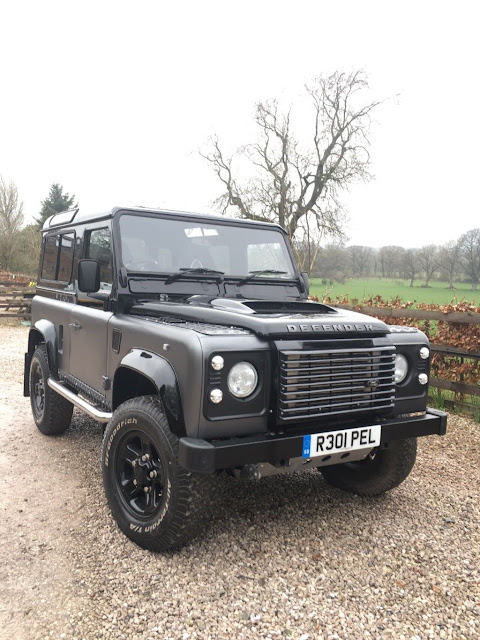 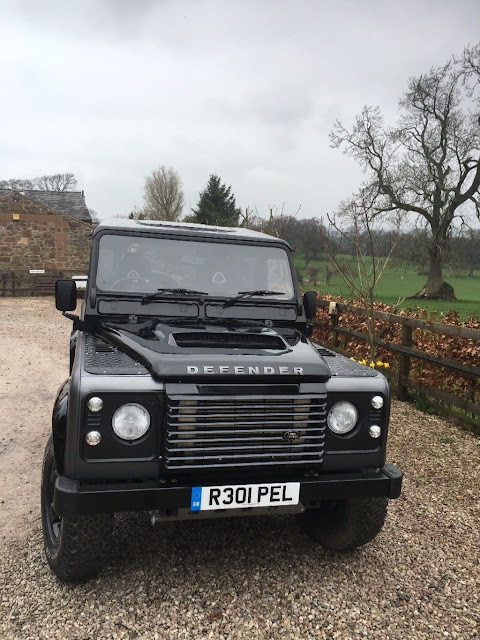 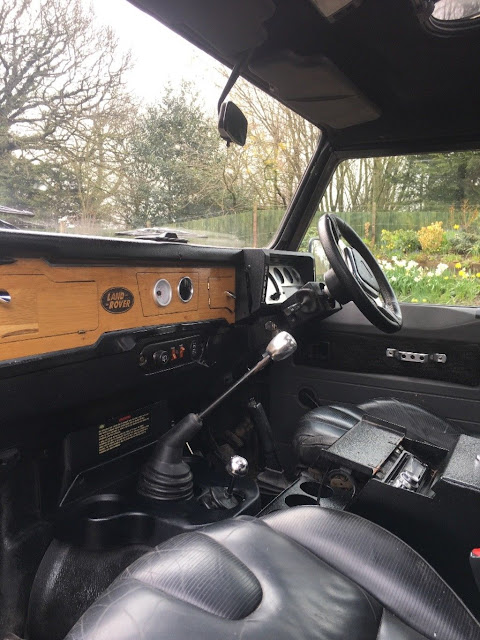 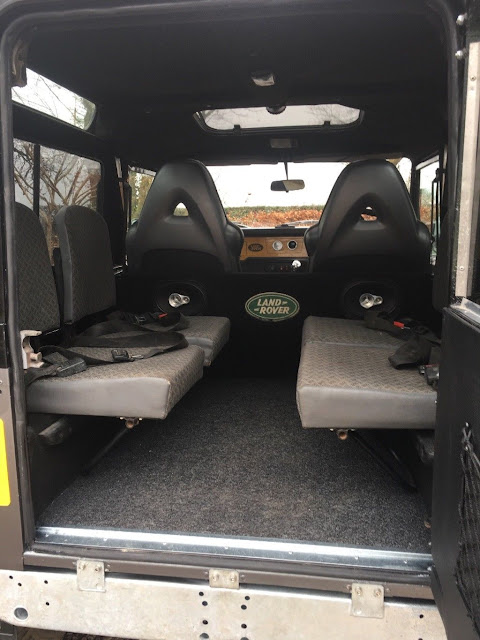 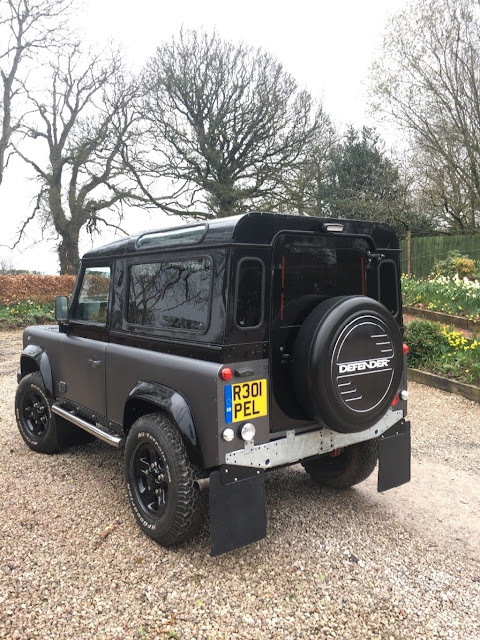 Posted by Defender LandRover at 17:36