Welcome to the auction of my 'baby' , bought this in a very rundown condition about 18months ago (mid-life crisis etc etc) and have spent a small fortune and time bringing her back to life .
She has now become a 'weekend' car taking the dogs to the beach or going to the garden centre and the only reason I am selling her is to find a new project and maybe one a bit faster!
From research she was first registered in 1984 and spent 10 years at RAF Brize Norton before being released from service and since then has had various owners up and down the country .Current mileage shows 22,000 but would obviously suspect that is 122,000 - who knows ??Last year I did around 800miles and from old MOT history she has only done a few thousand in the past 6 or 7 years.
109 (Salisbury axle) truck cab , new soft top and hoops , sprayed olive green by myself with the union jack  , bodywork is by no means straight (don't think there is a straight panel on her) but all are in good condition and presentable and the various dings/dents do not detract from the general appearance.
Put good defender seats in to try and make it a bit more comfortable but still have the original seats / frames /runners which I  refurbed prior to buying the defender ones - these are in excellent condition and are included.
Spent a lot of time on the chassis - all new outriggers (except the small rear suspension ones which were in good order) , rear quarter and front dumb irons appear to have already been replaced quite recently but not by me . I removed all the old flaking underseal , sanded , cleaned , coated all areas with genolite and painted and reundersealed where necessary . The 'military' crossmember behind the gear box has been patched and I would have replaced but I could not source - it is however, in good order . New floors , refurbing all supports while removed . New door tops , bottoms refurbed - all now in good order . No rust to door pillars or front bulkhead (not that I can find) . Couple of patches to footwells but  do not require replacement , new inner arches.
Twin fuel tanks (all refurbed) , fuel system renewed , cooling system refurbed /renewed , steering joints / arms are new , exhaust new , electrics all working and various new bits , new shocks , new pads etc etc - list goes on and on . Never had to do much to the engine and gearbox itself as all works as it should - just new fluids / service items . 4WD all works as it should   Steel rims are in good condition , tyres have minor surface cracking to walls in places but are in good order
Long MOT -  was done about 2 months ago
Since I have had it , it has always been garaged and hasn't been out in the rain - hasn't been near mud since I got it.
I have really enjoyed doing this and if it doesn't sell I will keep it another summer
It is not a 'new' car or a professionally restored one and you should expect ongoing maintenance , it is also a landrover and drives like one ! So , unless you have driven one before do not expect a comfy , quiet ride - the radio is for traffic lights only .
Viewing is recommended - I am near Canterbury , Kent 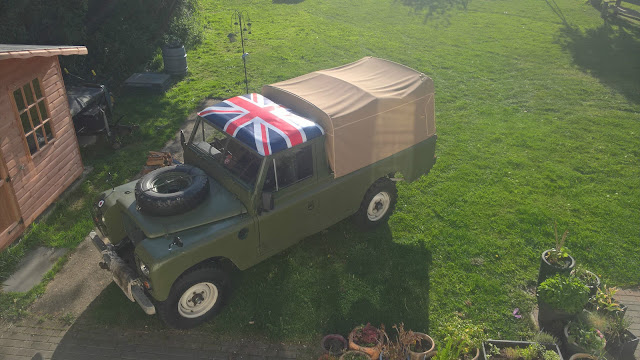 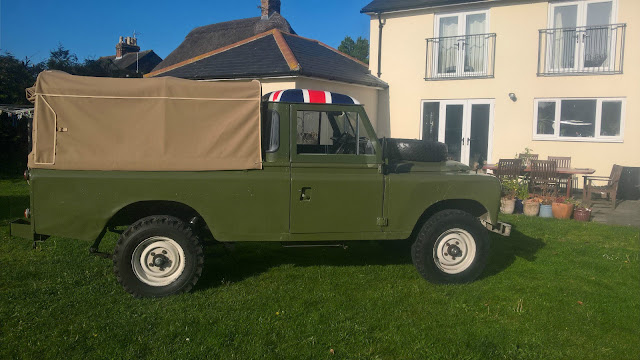 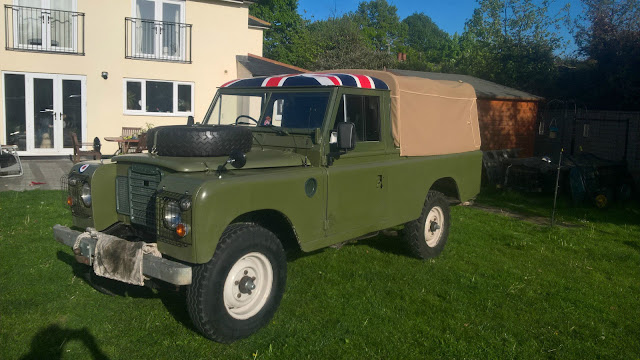 Posted by Defender LandRover at 19:33