Sellers Comments - I bought this Defender as 'CAT C' salvage in November 2010....it had been 'written off' due to a seized engine through being on its side in a low speed 'topple over' ...it did not hit something and 'slide down the road'...having contacted the previous owner they said 'they slid in snow sideways into a high kerb and the momentum put the vehicle on its side'...they all got out safely and the driver switched the engine off immediately....They advised the vehicle was on its side for less than an hour until being recovered....it was then diagnosed as having a seized engine (actually due to the oil getting past the rings and hydraulically locking the engine)...then there was a dispute over insurance values (apparently its chipped but hadn't been declared) so it stood for a few months during which time most of the oil returned by gravity to the sump...whilst smokey...it started and ran with no issues to this day..its obviously been serviced since then !...so it probably wouldn't have been written off if anyone had checked to see if it started...but the fact is it was ! It has just passed its MOT valid till 28/07/2022 and has done less than 2500 miles in the last 5 years currently showing 66016 miles...I'm selling because I'm just not using it enough and it isn't doing it any good sitting For MOT this year it required welding to the 2 front outriggers and steering box adjusting I've done 16000 miles in 11 years in it and there is service history for my ownership period...It did spend 18 months off the road in 2016/7... hence the MOT history gap ! Other work over the years has included a new fuel pump 2 years ago and an extra thick rear crossmember a few years back professionally done by MB LandRover in Leamington Spa It has 5 alloy wheels with very good 265 -75 R16 BF Goodrich AT tyres fitted New track rod ends New fuel block New discs and pads when purchased in 2010 (16000 miles ago) New front Shock absorbers New heavy duty battery 2 years ago..with immobiliser switch The front bumper is a bit rusty underneath..I'll supply a good replacement...there's some scabbiness around the waist rail on the rear tub (especially on the n/s rear) but its fixable Paintworks good generally and 'scrubs up well' and the bottom door hinge on the drivers door is worn 2 sets of keys with immobiliser fobs Plastic tray in the rear Tow bar with 13 pin socket Sold as seen 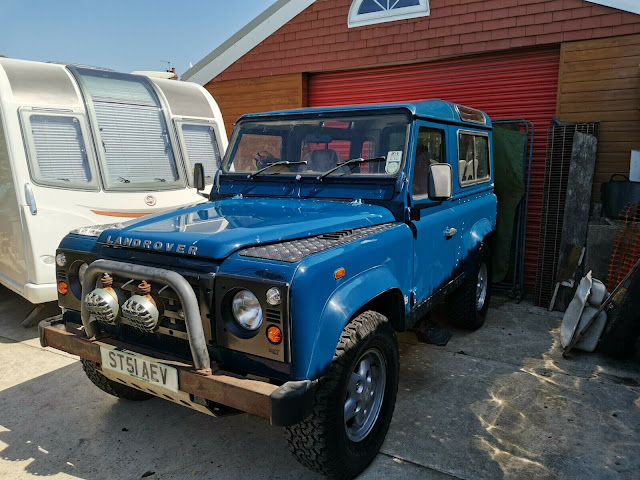 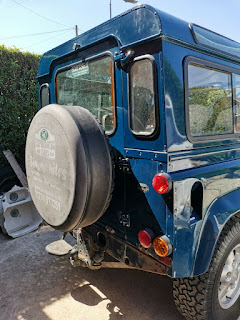 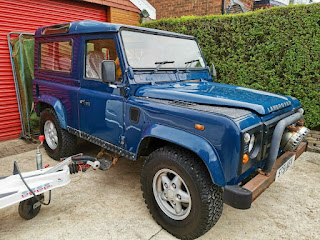