Sellers Comments - This is a genuine Heritage edition Defender believed to be only 1 of 42 Bronze Green 90's manufactured. 180k miles but still in great condition. The Bronze Green exterior paint work is in great condition. 7 genuine green leather seats throughout, white dash dial backgrounds, aluminium gear knob, white door and bonnet hinges and front bumper, metal front grille, colour coded alloys. A real head turner for either occasional or daily use. Sold with 12 months MOT. Priced to sell. Viewings and any questions welcomed. 10% deposit payable within 24hrs. Winning bidder please contact within 24hrs to arrange collection. Collection within 14 days or item will be re-listed. Collection from WD3 area. HERITAGE PRESS ARTICLE Paintwork should be either Atlantic Green or Bronze Green. All 90s had colour-coded alloy wheels, while the 110 had standard silver wheels. The Heritage editions have silver hinges – the original Land Rover’s hinges were galvanised. The front grille is plastic and resembles the metal grilles of early models. Ensure it’s intact. The 2015 tribute to the original Land Rover isn’t the first time the company has produced a limited-edition Heritage model. The Heritage model from 1999 shared many characteristics with the most recent special Defender, including light green paintwork and wheels. For 2015 Grasmere Green was used, rather than the Atlantic Green of 1999, although both are intended to represent the styling of the very first models. The Td5-era Heritage was also available as a 110 station wagon, with Bronze Green offered as an alternative colour. Land Rover planned to produce the Heritage with a wire mesh grille, just like the Series I’s, but this was considered to be too expensive so the company settled for a plastic replica instead. These models also left the factory with a green leather interior – a real luxury for a Defender in 1999 – plus aluminium knobs on the transmission levers and one-off cream dials exclusively for the Heritage model. The Heritage models were only sold in the UK – and in very small numbers. Just 150 were made as 90 station wagons, and 150 as 110 station wagons, making them incredibly rare. It’s not known how many of these still exist, or how many ended up leaving the country, but it’s not likely that you’ll find many of them populating the classifieds for very long. 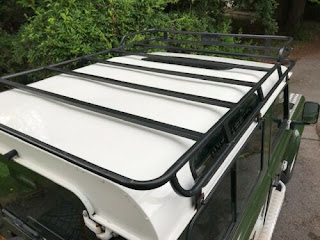 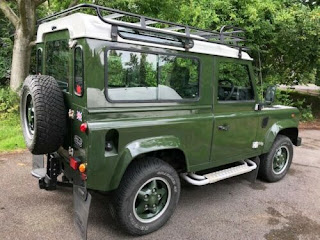 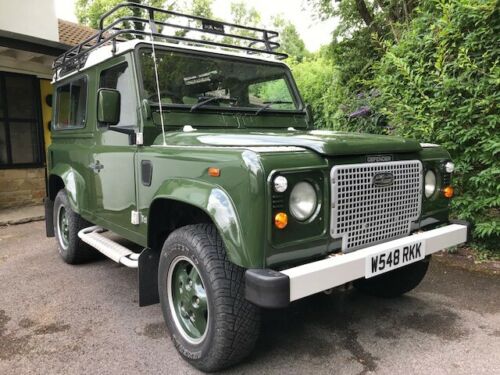