This has only covered 37,000 miles from new and as you would expect is in fantastic condition for its age
It has a long MOT until 22nd July 2020

Originally was a military "white fleet" vehicle, hence the low mileage, it has been thoroughly modernised and gets looks wherever it goes

There is a huge spec, too much too list but the main features are:

To help stop future corrosion, the rear body tub cappings where replaced with galvanised units so will never rust like a lot of these which can really let down the exterior of the Land Rover

The chassis is rock solid and has never had any welding and certainly doesn't need any.

A huge improvement over any standard TD5 110 is that is has been fitted with the later Puma front and second row seats. The front seats are slightly larger and more supportive but the real improvement is the second row seats as they are far more comfier and also look a lot more modern than the older 60/40 split seats found in all pre 2007 110 models. However to do this is not just a simple job and required the whole body tub being replaced with a Puma body tub to get this improvement in seating, so is a really good upgrade to have already done.

Being so low mileage this drives great and is nice and tight on the road and has no nasty clunks or bangs. It starts fist time every time and has recently just had a full service including every possible oil being changed in both axles, gearbox, transfer box and engine.

Chequer plate has purposely been kept to an absolute minimum with only a set of genuine Land Rover 3mm chequer fitted to the wing tops. A lot of the time chequer is used to cover up damaged areas of the body or to cover nasty repairs whereas there has been none of this on this vehicle. Even all of the original spot welds on all of the panels are still visible showing this is not a normal Land Rover of this age with numerous areas of filler!

It really doesn't want for anything and is ready to be used. 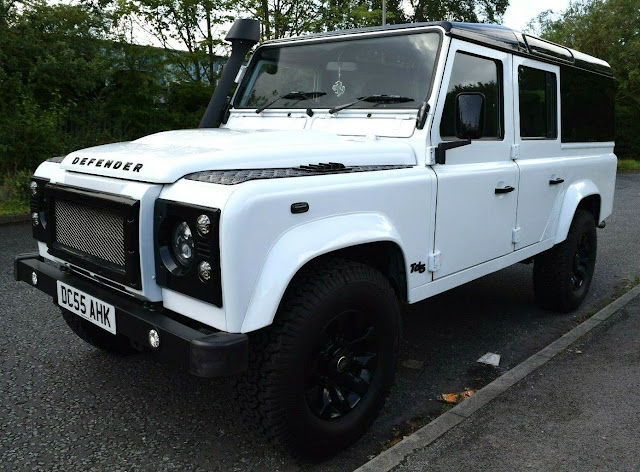 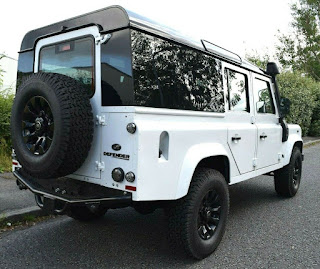 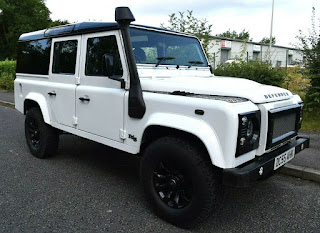