Has had new denim twill seats fitted to front three seats in 2016, with x3 great condition seats with a rear mounted 3-point harness for the centre seat (only really suitable for children though) Benches are fitted to rear, with x4 anchored lap belts, so seats 7 people in all. Original MOD seats come with it, plus a bikini top. Sitting on genuine Wolf rims on G90 tyres with bonnet mounted spare and brand new G90. There's also another x5 military tyres, with two more unused G90's, see separate listing.
Good honest Defender and will be sorely missed, but I can't really justify keeping it as does no miles. Genuine 75k miles, left Army service on 51,932 miles. Always looked after, routinely changed oils, running bulletproof n/a diesel 2.5 (19J) engine. Disc brakes, so stops well & unusually has power steering, which is a real bonus, in fact couldn't live without it.

The vehicle had the rear cross member professionally replaced in 2014, along with a new gearbox LT77 transmission (from Ashcroft Transmissions) along with a tdi 3-piece Borg & Beck clutch fitted and uprated gearing, so it gets along, for one of these. All receipts to prove work and extensive service history.

MOT'd with 2 sets of keys, all locks work and comes with original forces operating manual and disposal papers from Withams. Have spent over £5k on these upgrades and essential tweaks. MOD toolbox fitted in the rear. NATO Rollbar. Hoops and sticks al in good order. Vehicle came from Warminster Support Unit and was used around the base, so has seen no active service.  It could do with a paint, really only ever had one layer of paint from MOD, thankfully not layers of hand-brushed squaddie green! 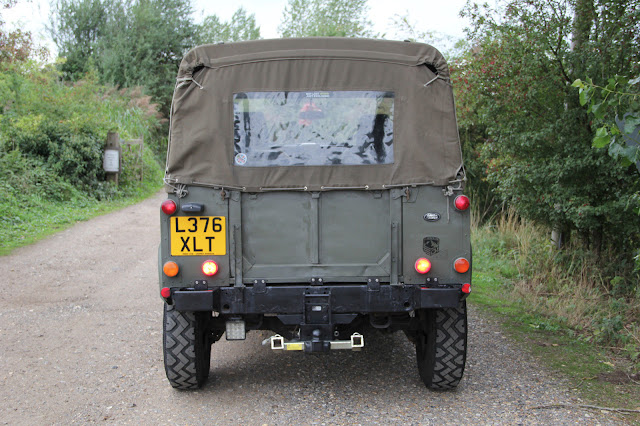 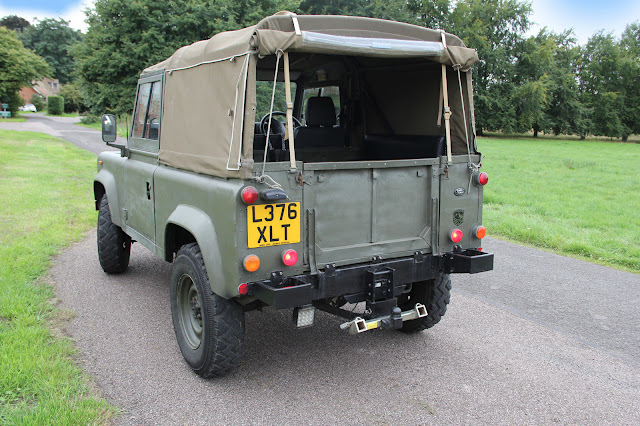 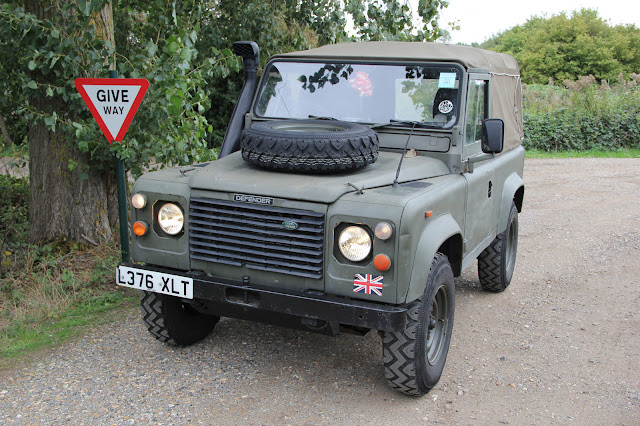 Posted by Defender LandRover at 16:44