It’s in great condition throughout having not lived a hard life. After a military life with 34 Sig Regt (V)  from 74 to 97, the truck then became a demonstrator for a University engineering professor, before the previous owner bought it and undertook the engine conversion.  Throughout this entire period and for the last two years that we have owned it it has lived out of the rain either in a barn or garage.

The chassis is in good condition and appears undersealed with no rust apparent . The axles, springs and diff are all in good condition and work as they should. Worth mentioning that it has we believe Heavy Duty axles fitted ( we have I think the old ones as part of the spares pack).  She rides on parabolics really well – also have old spring packs.   Front hubs are free wheelers that work fine.

The gearbox is standard but with overdrive ( not sure which type) which improves it’s cruising ability no end. The gearbox is in great condition , the gears aren’t slack at all and the synchros are good for all ratios.

The engine is the trusty 3.5L rover V8 that the previous owner replaced the original engine with and still has good power whilst sounding great, the exhaust was new when the conversion happened two years ago.  A number of parts were fitted new including the radiator, alternator and engine mounts.

The exterior of the car is very straight although the paint has chipped off in a small number of areas exposing the primer and various military colours beneath. The canvas is in very good condition and has benefited from new cords to fasten it securely. The seats are early discovery seats in good condition and are very comfortable compared to the standard S3 offerings.  The previous owner added a couple of quirky features to the ignition sequence, you need to switch on the fuel pump and ignition separately before firing the starter motor with a button!   See photos.

There are twin fuel tanks although only the front tank is currently plumbed in, and the car has the standard MOD lighting switches in the centre of the dash.   Runs on 12v though.

There is a large load of spares that will come with the car, spare axles, a spare 2A gearbox, springs and parts to convert the car to a hardtop.

We’ve really enjoyed owning and running the car over the last couple of years but our land rover count is now up to three and one must give, so sadly it is the weekend car. In summary, the car has an excellent chassis, bodywork, gearbox and a great sounding V8 that runs well. It drives very well and makes you turn back to have another look when you’ve parked it. 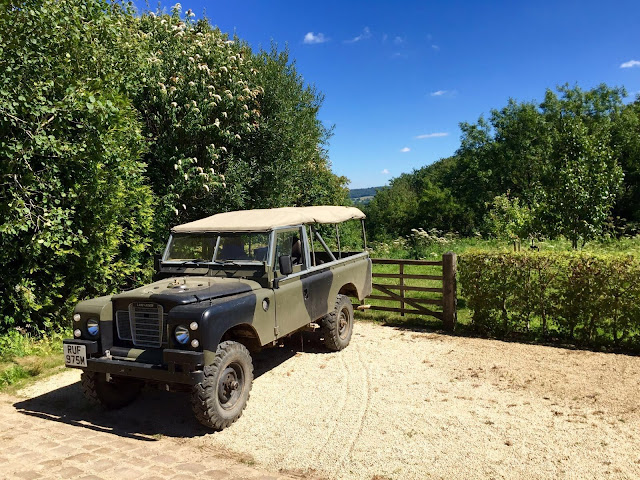 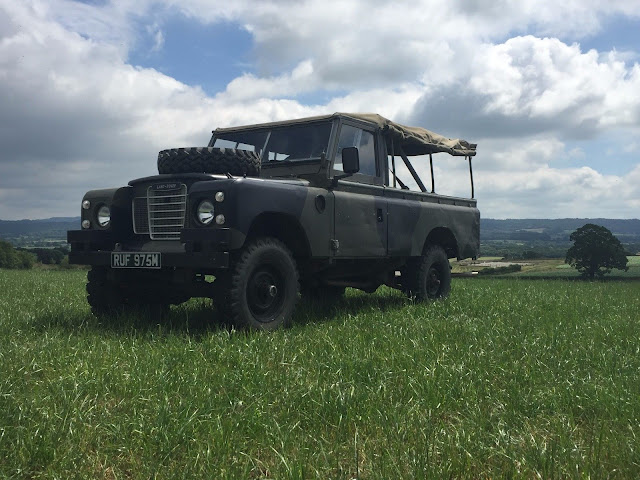 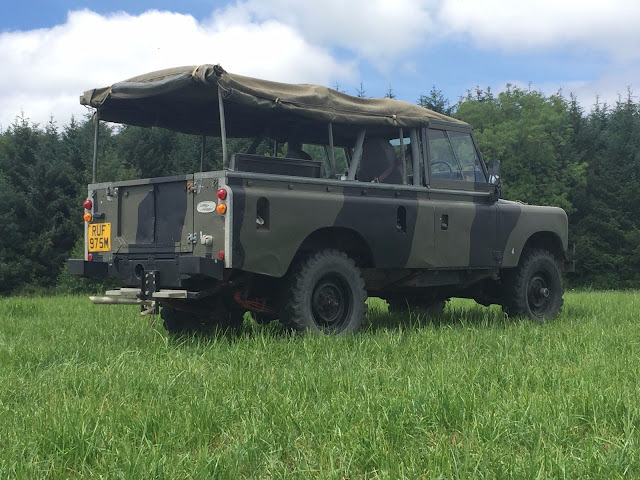 Posted by Defender LandRover at 13:56