After many years together, we have decided to sell our wonderful and much-loved Land Rover 101 Forward Control ambulance to make way for the many project vehicles we have at RPi that are in need of finishing (Including another 101 lol).

We purchased this vehicle directly from the MOD in 1999 and have been the only owners ever since.  It has featured heavily in RPi’s history, carrying staff and equipment to shows across the UK and into Europe. It has also been used a couple of times for some light off roading and featured in many of our videos, old and new as both a prop and a character. After retiring from use as a workhorse for RPi, this 101 was used by our mechanic Steve who nicknamed it “Katy” and displayed it at classic car and military vehicle shows. In November 2016 she was named best vehicle by the Norfolk Internal Combustion Engine Society.

Of course, having been in our care for so long there is an extensive list of work which has been undertaken, and a lot of which can be found documented on our website and Facebook page. In the last few years the 3.5 litre Rover V8 engine has been rebuilt with high compression pistons and refreshed camshaft kit and later date timing cover with larger oil pump.The entire vehicle has been rewired (around 6 years ago), the vacuum unit for the diff lock has been replaced and works perfectly, and of course every single maintenance item has been meticulously looked after to keep this 101 in top condition, even down to a fresh coat of paint within the last 3 years in the colour it would have been painted in had it served in the Gulf War. The MOT is until February 2020 and there have been no advisories in the last 4 years.

As above, the engine is a 3.5 litre Rover V8 engine, with higher compression pistons fitted as well as some later date heads. Fuelling is LPG supplied from twin sill tanks, feeding a four barrel carburettor via an RPi power plenum and mixer ring set up. We have always run on LPG only, however included in the sale will be a fuel can so that you can use the vehicle on petrol in an emergency if needed. The ignition system has been upgraded with the RPi A&R amplifier, Magnecor plug leads and Bosch 12V coil for maximum efficiency even in a large vehicle like this.

Inside, there is space for the driver and a single passenger in the front, with a bench seat in the rear with belts for a further two passengers. Aside from that, the rear is completely empty, meaning that this would make for an excellent starting point for a camper van or overlanding/exploration vehicle with plenty of space for all the fixtures and fittings you could want. On top of that, there is an access panel to the roof, where we have fitted two roof racks for even more storage space. The roof is also accessible via a ladder on the back if you prefer and makes a great platform for photography or even a picnic.

If you have never driven or even sat in a 101, you are in for a treat as they provide an experience like no other car, or even other vehicle, ever made. It certainly won’t be as quiet or comfortable as a brand new Range Rover (or even an old one) and you won’t be going anywhere in a hurry, but you will feel unstoppable and you can take any route you like to get where you’re going regardless of the terrain. The character and road presence are truly not matched.
The photos in beige paint are current, the photos where the 101 is painted black and green are archive photos from our history showing the old paint scheme. 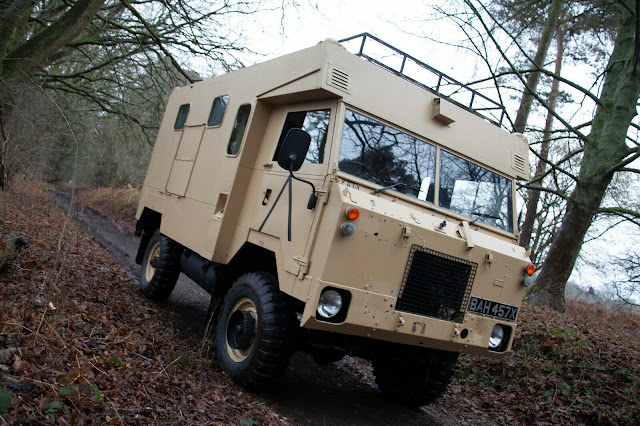 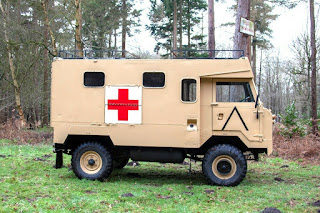 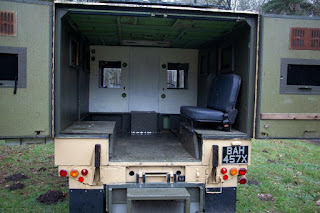 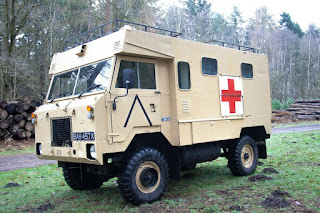 Posted by Visit Stonehenge at 11:13