Sellers Comments -
A desirable Wolf Defender 90 TD soft-top, uprated with side steps,front winch, rear view camera, and phone kit, which was released by the Army in 2015 , UK registered and has had three previous owner since then. The 300Tdi engine has rebuild plates dating to 2005, the speedo is in Kms and the vehicle has covered the equivalent of only 61079 miles since built.

British Army Designation; Truck Light Utility TUL HS 4X4  Land Rover GS Soft Top 2.5 Litre Turbo DSL. Built to British Army Specification by Land Rover based on the Defender 90, and accepted for service in 1996, the specifications and history of the Wolf are as follows

The Wolf was tested, rejected, upgraded and tested again before the MoD was satisfied. It is far stronger and more reliable than the Land Rover Defender on which it was based. When the Wolf was designed the engine in the civilian Defenders was the Td5. Land Rover preferred the 300Tdi for the Wolf because the electronics in the Td5 were more complex to manage in the field.

The 300Tdi on a Wolf uses a slightly different design of timing cover compared to the civilian version with a reinforced rear axle as during extremely rigorous military testing the original Salisbury axles kept breaking, the axle was redesigned using stronger internals, hubs and outer casing, making one of the strongest land rover axles ever mad

The chassis is considerably different in design to the standard Defender chassis even though it looks similar. The side walls are standard, most of the rest is bespoke. The additional rear load bed mounting was to take increased weights as the standard chassis kept punching big dents in the rear floor.

Chassis made after the production run (service chassis) are slightly different, later ones have a triangular reinforcement behind the front outriggers, none of them have the front round tube going through the main chassis walls as it is more costly to tool and produce although it is stronger.

The chassis wasn’t galvanised due to the additional cost it would add. There were also unfounded Health and Safety concerns about the gases involved in welding a galvanised chassis, due to the fact that supplying correct respiratory protection to welders would negate this problem.

The chassis on all Wolfs was sprayed internally with Dinitrol rust proofing.
Other Wolf specific items

Wolfs are equipped with a steering guard, to offer improved cross country capability.

To keep in line with MOD policy to simplify the stores chain, Wolf vehicles were fitted with 24 volt electrics. This meant supply of simple electrical items such as bulbs was now the same as the rest of the vehicle fleet. FFR (fitted for radio) variants gained a second alternator specifically to power the signals equipment.

A rear body roll cage was fitted in all conventionally bodied vehicles and some Wolfs were later upgraded with an extra front roll cage. It is worth noting that this "roll cage" is not mounted to the chassis, merely the rear body tub and has questionable benefit were the vehicle subjected to being rolled over.

To reduce noise and heat from the transmission in compliance with health and safety rules a special heavy duty military matting system was designed for the Wolf by Exmoor Trim. These mats weigh about 30 kg, and consist of mats to cover the footwear and transmission tunnel.

The Wolf soft top is made of PVC and the rear flap is fastened either by zippers and Velcro or by Dutch lacing down the sides and elasticated, the hood on our Wolf is in excellent condition

V5C plus MOT which will be supplied new on sale.

We will accept a deposit on PayPal balance prior to collection by Bank Transfer or Cleared Cheque or Debit Card. 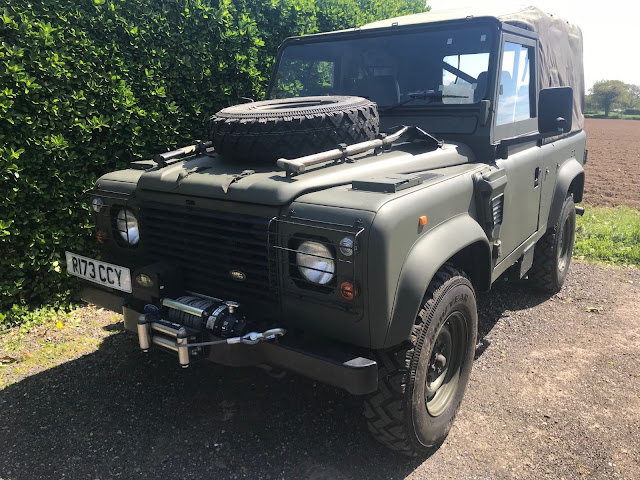 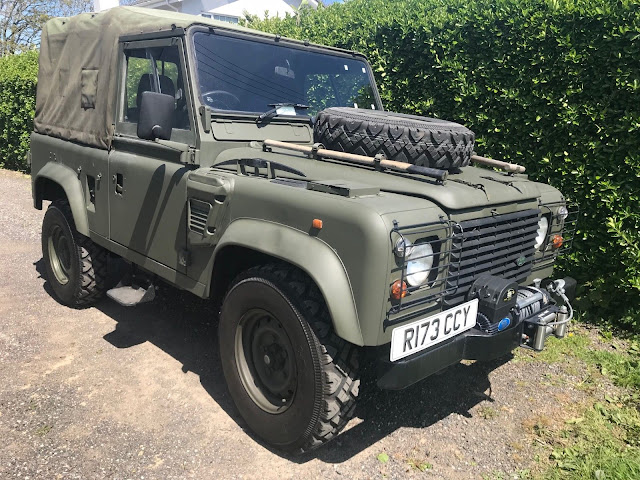 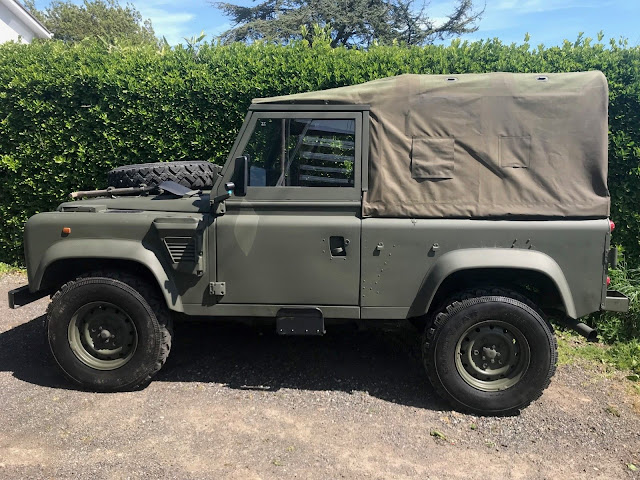 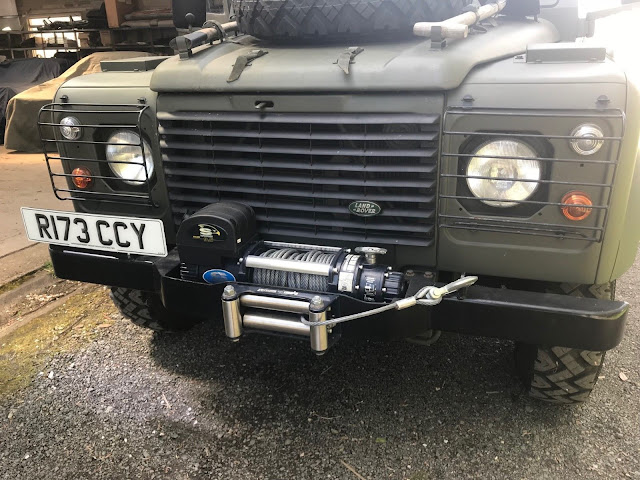 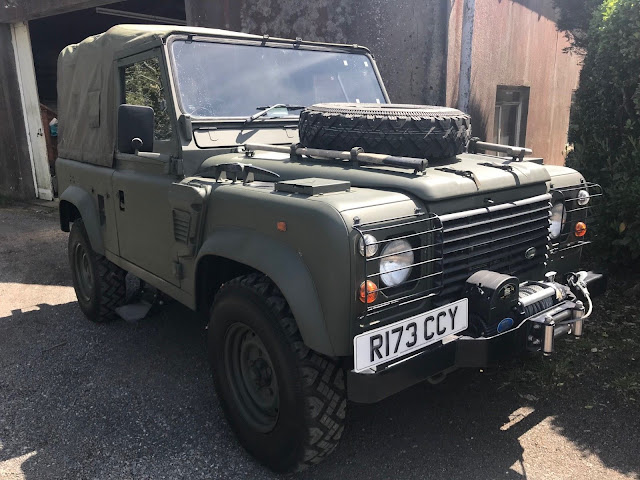 Posted by Defender LandRover at 18:21