This listing is for my ex-army Landrover Defender 90 GS built in 1994.
Description
This is a Landrover 90 originally a soft top 12V General Service vehicle although fitted with base plates for radio wing boxes so was likely used with clip-in manpack radios. It is fitted with Wolf wheels which appears to have happened while still in service. A previous owner has fitted a civillian hard top (he commuted to London in it and needed a weatherproof and secure vehicle). The mileometer shows 29,000 but looking at past MoT and Army records it has been once round and is really 130,000. The engine is a 2.5 litre normally aspirated diesel.

Could be used for classic car/Military shows or equally would be a fantastic daily driver being virtually depreciation proof.
The vehicle has a NATO tow hook and trailer connector, both of which I have used and which work, and SA80 rifle mounts between the front seats. I have fitted two modern civilian folding seats and had a local MoT garage fit Britax seat belts in the back so it is a 4 seater. There is an unused spare tyre on the bonnet .
I have two sets of keys, the V5, the MoD Merlin record, some photos of the vehicle as released and MoT history since I bought it.
History
The vehicle was purchased by the MoD in 1994 and cast in 2010 having been issued to the Ghurka Rifles in 1994  and then spent 12 years from 1998 to 2010 in reserve, being bought by a dealer and sold to the first civilian owner who fitted the hard top and the stickers (which reflect its service with the Ghurkas).  I have had it since December 2014,  and in that time I have driven about 9,000 miles, and replaced the starter motor and generator, had a £500 stainless steel exhaust fitted in 2016 and had some welding done on the rear chassis member either side of the tow bar.

Reason for sale - I want to do some expedtioning and would be a terrible shame to turn such a good example of a military defender into an expedition vehicle. 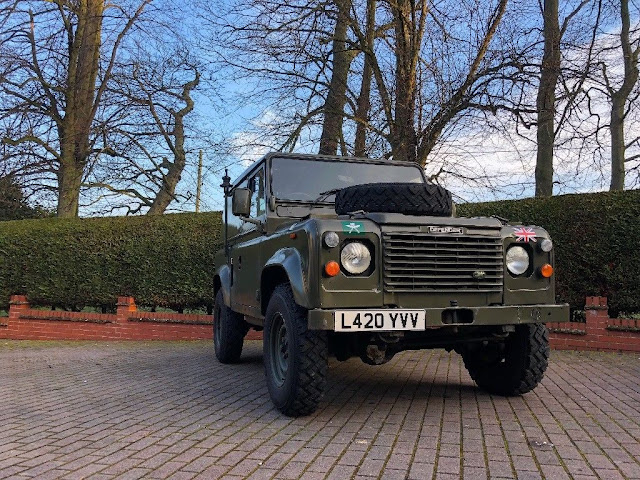 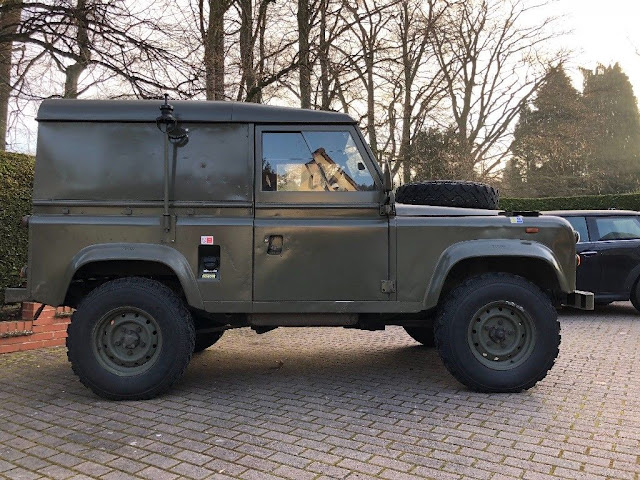 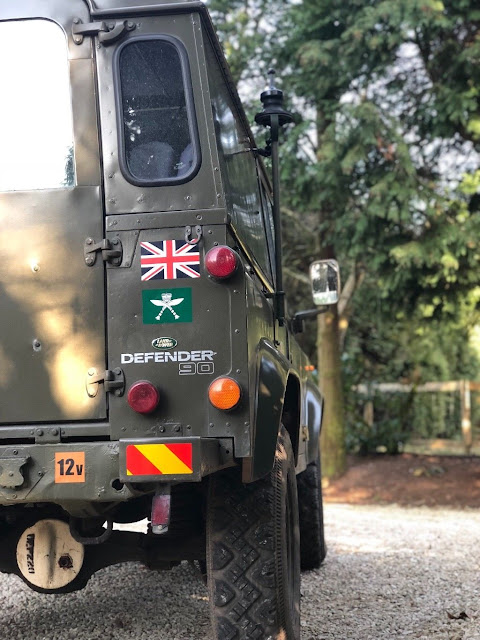 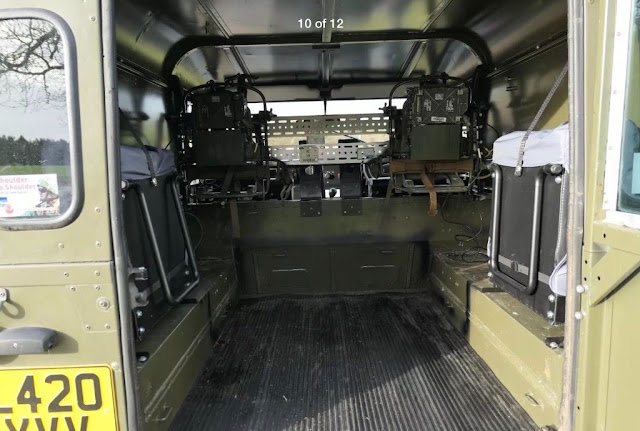 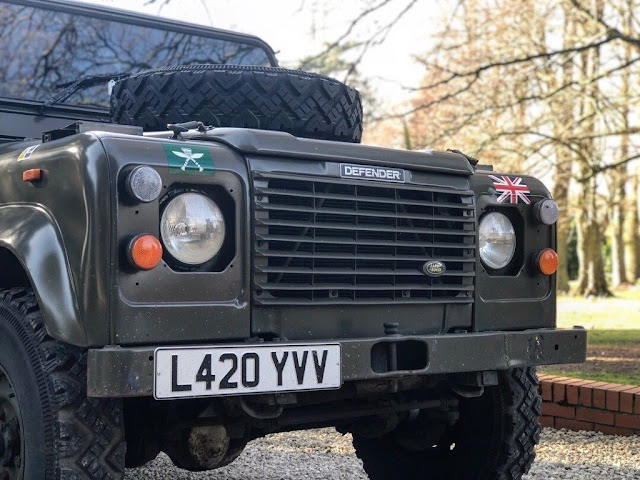 Posted by Defender LandRover at 18:58