I’ve owned the Defender for a short while now and a lot of work has been undertaken whilst in my ownership.

It comes with 2 Sets of Keys both with Remote Central Locking Fobs, A file of History and invoice’s and MOT until July 2021 and is ready to enjoy with only 107800 miles on the clock! This is not any sort of Project! like a lot of “Rough and Ready” Off Road Capable Defenders.

I set my sights on building an all round good fun, Daily driving adventure Truck. I believe I have now archived my goal and it has gotten to the point now that I don’t want to even get it dirty so to really appreciate the Trucks full potential A new owner is what is needed. I have invested way more time and money into it then my wife needs to know about.

This is (in my opinion based on research of the current market) The Best Spec 90 available for less than £25,000! That being said I’m a big believer in something only being worth what someone else is willing to pay and as there isn’t another like this for sale ANYWHERE! I don’t know what it should be valued at, Hence a 99p No Reserve Auction. It’s a risk on my part but really the only way to find it’s worth.

The spec list is a as follows (from ground up):

Inside spec is as follows

I’m sure I will have missed and forgotten some things but Im sure you’ll agree it’s quite a comprehensive spec list.

Along with a lengthy spec list there have been other works carried out to help improve the Reliability and Drivability.

The Defender has had some Tuning to the Fuel Pump and Turbo Wastegate complimented by the Alisport intercooler and K&N air filter for extra Torque and more up to date road speed.

The Water pump and Thermostat has been renewed and a full system flush has been carried out.

New glow plugs and wiring have been fitted and a full engine service carried out.

There is a full file of previous works and invoices including a Rebuilt 1.410 ratio Transfer Box, and new Clutch along with Accelerator Cable and a few other parts less than 5000 miles ago costing over £2300.

The Tracker itself has also just been serviced with a new battery and GPS Card, The new owners details can be added with just a quick call to SkyTag, These Trackers are one of very few that police have location access too to help retrieve the vehicle, They also offer Live Tracking for you to View and a Boundary can be set up so you get an alert if the vehicle moves past this. Great for if you’ve left it with someone whilst you’re away etc.

I’m quite picky as I’m used to Show car Life and not really into Off Roaders usually but The engine bay is not as tidy as I’d like, the underside of the bonnet has some flakey paint and generally I find it abit messy looking. The body has a few dents/scratches, The bottom inside of the door has abit of rust (can’t see it unless your under it with the door open and looking) but does come with a spare rear door I’d planned on painting black. The paint has had a few touch ups where it’s chipped also just to keep it clean looking.

I’ve only ever used the Land Rover on the road as I don’t like to get it dirty, a shame really considering it has quite a few competition parts.

The brake discs have become slightly pitted due to a lack of use.

This is a great all round Truck as it can be used for taking the kids picnicking in the picturesque Yorkshire Dales or Off Roading with the guys on a weekend and being a usable work hoarse in the week.

Expenses are also lower with this Land Rover as it benefits from classic vehicle insurance (costs me age 28 £220 a year with 0 No claims Bonus) and in 5 short years it will also become Tax Exempt.

All the problems usually found with the Older Defenders or 90’s if you prefer have been ironed out with this one.

The Chassis is Solid and has had the usual rust spots replaced including a full new rear section.

The Usually rusty Bulkhead has also been replaced previously so that’s solid too.

The lazy older engine has been replaced with a Tuned discover 2.5 200TDI

All the steering and suspension components have been Uprated, Renewed with newer model parts or Replaced.

I have recently picked up a chip in the windshield but most insurance company’s now cover this for free. This can’t be seen from the drivers seat as it is in front of the GoPro style action camera, I will throw this in with the Truck also as I’m sure the new owner will have more use for it than me.

I could go on for days talking about this Land Rover but I think you get the point. This has been built with passion and without any expense spared but unfortunately I just won’t use it to its full potential and so it’s just sat brightening up my house and occasionally picking up the kids and shopping.

I’m not really looking to replace it but I would consider a much cheaper p/x preferably something retro or even a project.

I don’t know what to ask for it or what it owes me (I don’t want to know) but I am open to offers but I do not have a buy it now price.

I would recommend serious bidders to view as once the auction ends I will not be reducing the price because it wasn’t looked at first or because you had to travel and would like some fuel money off. But if your confident you like it without viewing that’s up to you to decide.

Please bare in mind this is a 34 year old Land Rover, It’s Noisy, It rattles and Drives like a Land Rover but for its age is in really great shape.

I have the right to end the Auction early as i said I am open to offers so I wouldn’t plan waiting until the last few seconds to make a bid as you might of missed it already unless the offers received are close to the bid price, in this case the Auction will be left to run to its end. I will not end the auction in the first 4 days.

It’s located in Catterick a few miles south of Scotch Corner and Richmondshire. 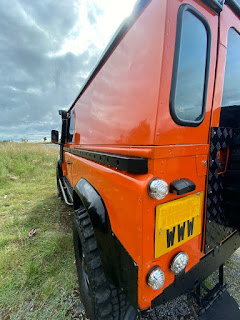 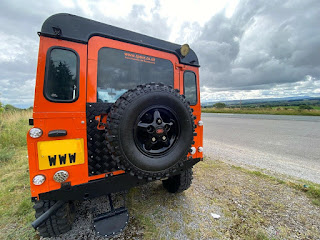 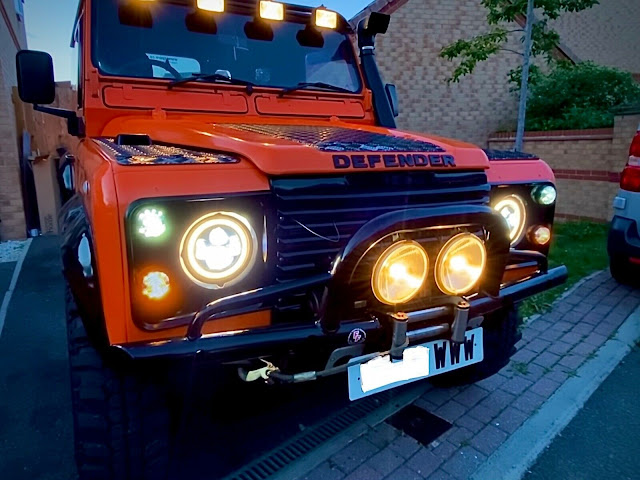 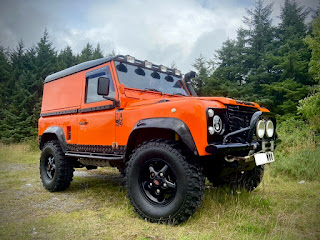