An ultra-rare opportunity to purchase vehicle R172 CDU. This Land Rover Defender 110 300tdi, was 1 of 2 workshop units built for the 1998 Tierra Del Fuego Camel Trophy event, which saw vehicles and competitors from Santiago to Ushuaia.

After the ’98 event, R172 continued traversing many different continent’s including Africa and Europe. Before residing in the UK, playing a key role assisting with Marine Life Conservation. With such miles under its belt, it’s only natural that signs of wear began to show. A few years on, R172 was in desperate need of repair. In October of last year, the mammoth task of correctly restoring the iconic vehicle began.

The period-correct refurbishment involved stripping the Land Rover down to the bare chassis and starting from the beginning, ensuring the vehicle is structurally and mechanically new, whilst preserving as many original parts as possible. Unfortunately, the old chassis was too heavily corroded, so the decision was made to swap for a brand new OEM galvanised Marsland chassis. The bulkhead had also suffered extensive damage and corrosion, so was replaced with a new old-stock genuine unit. The entire brake system was replaced, along with new gearbox, clutch and running gear. New OEM shocks/springs/helper springs were installed. As well as overhauling/replacing every other vital chassis component down to the last nut, bolt and washer. The vehicle has also been fully serviced with Genuine  service filters

Up top, this legendary 110 still wears its original body work, showcasing its patina's paintwork and decals, paying homage to many years of adventure. All vehicle wiring looms and electrics have been thoroughly inspected and repaired where necessary. The original roof rack was unfortunately long gone, so an exact re-galvanised and powder-coated version was built to order from Brownchurch LTD themselves just months before the company closed its doors for good. The rest of the vehicle is very much as it would have been on the event. Accessories including, full internal and external Safety Devices roll bar, twin fuel tanks, Mantec steering and tank guards, heat and sound insulation to protect against Tierra Del Fuego’s extreme temperatures, workshop roller shutter/side lockers, period correct stereo, map light, passenger footwell mounted washer bottle, sympathetically restored seats, twin battery setup, 8274 Warn Winch, Brownchurch bull bar, Hella spots/fogs and finally the correct 7.50 R16 Michelin XZL tyres.

[PLEASE NOTE : Vehicle roof rack can be boarded with wiserdeck upon request, had been left bare with intentions of mounting roof top tent instead.] 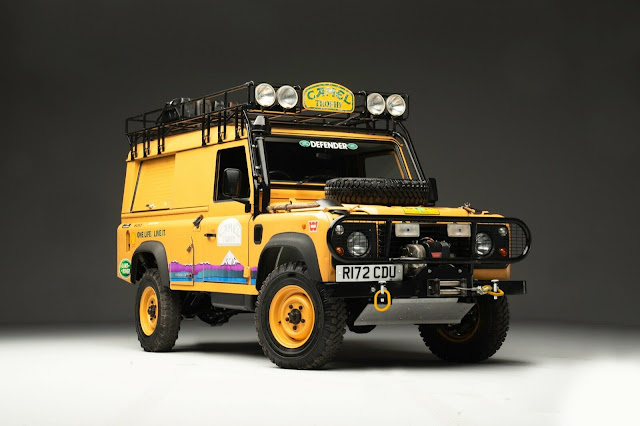 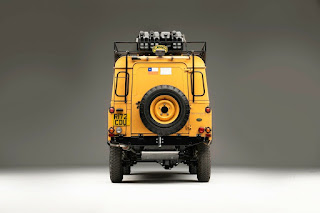 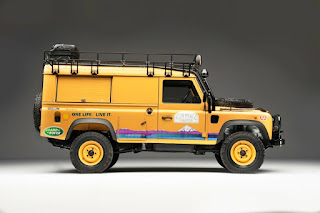