Sellers Comments -Land rover 110 Defender Double cab pick up. BMW M57 engine conversion 3.0 and 240 BHP. Recon X5 Turbo. Using MW 4x4 conversion kit. The gearbox and transfer box have been rebuilt by Ashcroft transmission and uprated to take the power of the M57 at a cost of over £1500 with receipts. it has Allisport full width intercooler, Exmoor trim half leather heated front seats, updated dash surround, centre console and extra gauges to monitor turbo boost, Exhaust gas temp and re counter. it has as new BFG all terrain tyres and alloys, Momo steering wheel. it also has 4 new doors. new alternator. The bulkhead is very good, chassis is also excellent. The vehicle itself drives really well, no nasty noises and has tremendous power and torque compared to a usual Defender. It has a choice of backs, Exmoor trim cover, mesh DIY back and Ifor williams canopy- choice on pick up. These engines are becoming very popular to transplant into Defenders, the engine has only done 100K I have the engine details and it was known prior to the conversion. obviously being 2002 it does have the age related marks you would expect, but it is a fantastic example. the truck standard would cost around £15,000-£17,000. These conversions are not cheap and it has had lots of added expensive extras, don't miss it! cash/cleared funds on collection 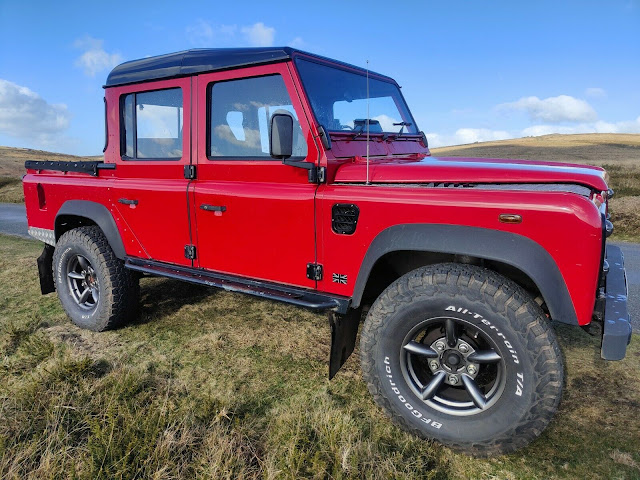 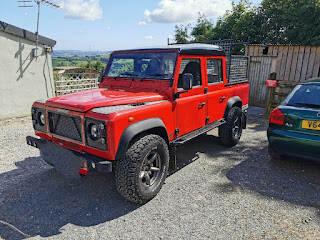 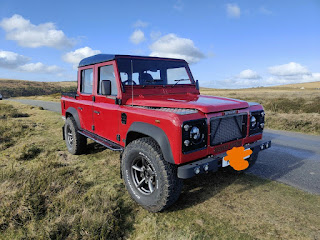