Sellers Comments - Land Rover Defender 300TDi Automatic I built this Land Rover over the last 6 years Loads of pictures available of the rebuild I used the engine, gearbox, transfer box, & front and rear axles of a 1999 low mileage discovery all mechanical works where done by a land rover specialist. The engine has had a new turbo, lift pump, starter motor & uprated diesel pump and been serviced every year. Has plenty of power pull well and can keep up with modern traffic, gearbox changes smoothly. Gearbox has had fresh filters & oil and a new oil cooler The heater box has been reconditioned & works well. The chassis was cleaned off & sanded back and some minor repairs and was then given 2 coats of hammarite bear metal primer & the 3 coats of hammarite black paint and has been toped up every year. All inner arches have been wax oiled It was given new standard height suspension just last year as I did not like the ride that the 2” lift gave (2” was put on when it was first converted) It was completely polybused and has had new prop-shafts. Due to the discovery axles it has disc brakes all round vented on the front, stops well it has a reconditioned power steering box & a return to centre steering damper which eliminated the land rover wandering steering. Genuine Defender alloys taken off a 2015 defender with continental AT tyres (tread almost as new) has spare alloy which has never been on the car so as new It had a full respray and puma bonnet, KBX grill & light surrounds and side vent. The rear tub & side steps have been painted with raptor ultra-tough bed liner All window & door rubbers where replaced, all new seal to roof & body work where replaced. Fire & ice side steps , LED lights all round, one piece rear window & heated front screen Interior has headlining, sports steering wheel, puma seats, Ashcroft engineering centre console, Raptor Metal dashboard binnacle, Mud centre dashboard with 7” touch screen stereo with phone Usb Charging port & start button .Exmoor Trim Fitted Carpet The dashboard top has been covered in vinyl. I had a minor accident back in 2019 and the insurance company wrote the land rover off due to roof damage, as they said the roof is part of the structure of the car, They obviously did not do there home work as all land rover owner know that body ids bolt on so it dose not form part of the structure, the end result is now a category S, I have pictures of the damage, There is probably loads I have missed about the rebuild any questions just contact me Only selling as i have way to many projects, and with dogs & grandkids i very rarely use it. Payment by cash or bank transfer
Details - Price - Additional Photos 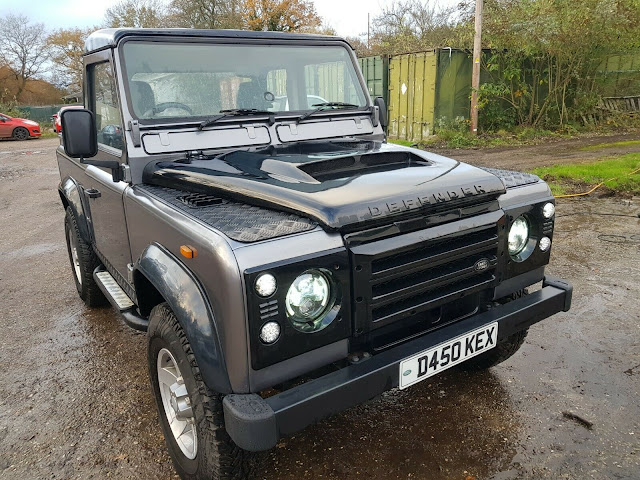 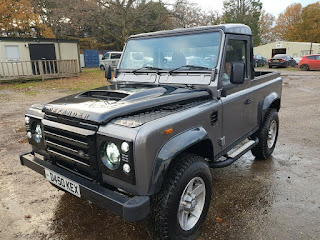 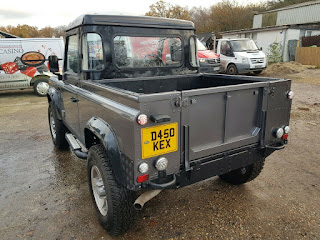