Sellers Comments I bought this Land Rover 5 years ago and rebuilt it as a forever camper, however things have changed and i now find myself selling it. It was bought in reasonable condition but immediately stripped for a rebuild, new parts included - Brand new galvanised chassis. Axles - new swivels, seals, bearings and cv's. Brakes - new discs, pads, calipers, brake lines and master cylinder. Suspension - New springs and dampers with polyurethane bushes throughout. There are also a pair of air bags to assist the rear springs, these are are adjustable depending on load. Engine - It was running well so was refitted, as was the gearbox and transfer box with a new clutch and new oil throughout. The engine ran well for 2 years but wasn't the original engine so i had no idea of the mileage. I bought a complete Discovery with 99,000 miles on and fitted the engine after a full service, new timing belt and water pump. At the same time i fitted the Discovery transfer box for better cruising speed. The 110 now has 131,000 miles on it but the engine and transfer box have 101,000 miles and i have documentary evidence to back this up. Propshafts - new u/j's Steering - heavy duty bars with new joints throughout Radiator - new Bulkhead - in excellent condition - treated with Dinitrol Front wings - new outer skins Rear tub - replaced with TD5 tub with lockers Front doors - new 2 piece galvanised Series style doors with anti burst locks. These replaced similar doors last year, i had powder coated chequer plate door cards on them but haven't refitted them to the new doors. If the new owner wants to fit them they will be included in the sale but if they want to fit something different then the doors are still as new with no screw holes. Paint - professionally resprayed in Land Rover Zambezi Silver. Interior - new Exmoor Trim seats, Raptor dash with stereo, CB, iPad Mini mounting bracket, USB's and carling switches controlling accessories through a seperate fuse box. Lockable cubby box with USB's. There is a 2nd battery with a split charge system. The bench seat in the rear has storage underneath and converts into a very comfy bed, there are 2 lockable storage cupboards, an Engel fridge and LED lighting. The whole interior is fully sound deadened and trimmed and there is a full set of thermal blinds trimmed to match the interior. The lifting roof is a one off and gives much needed headroom when you're camping. There are 2 lockable storage boxes on the front of the roof and a Foxwing 270 degree awning to cover the rear and passenger side, where there is an outside locker where we store our kitchen equipment. The door of the locker slides off it's hinges and onto a second set of hinges to form a table. Under one rear wing there is a 36 litre water tank with a tap and the other rear wing houses a 2nd fuel tank giving a total of 123 litres. All the roof lights, vehicle lights and interior lights are LED with the exception of the headlights. Since the rebuild the vehicle has only done about 8000 miles and only about 300 miles since last MOT. There are security measures fitted that will be disclosed to the new owner. A couple of the pictures show a previously fitted winch, this is no longer fitted and is not part of the sale. I have a folder full of receipts from the rebuild and a complete photographic record of the rebuild that i will pass on to the new owner. There is probably loads i've forgotten to mention but please get in touch with any questions. I will require a £250 deposit via Paypal at the end of the auction and the balance by bank transfer. Edit: The 110 is insured on an agreed value policy for considerably more than the starting price, if the new owner wishes to do the same they will need receipts for the major components used in the rebuild which i will supply.- 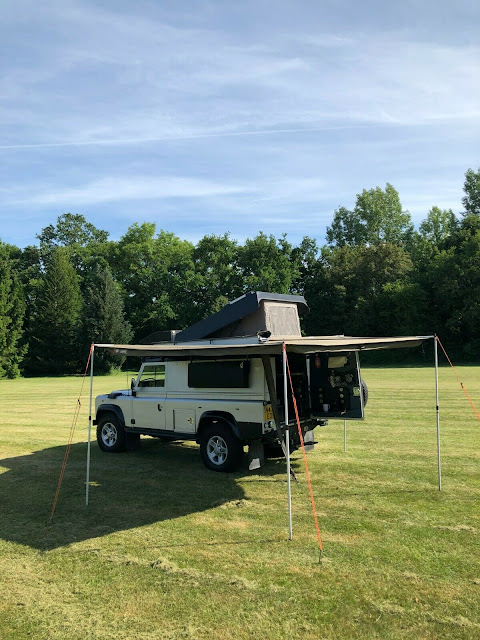 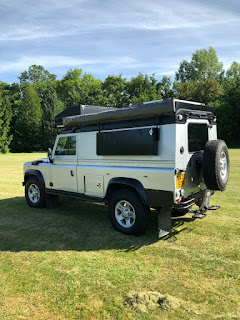 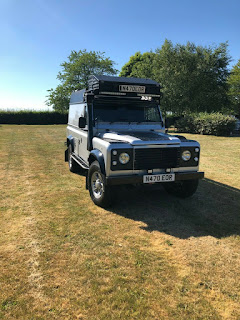